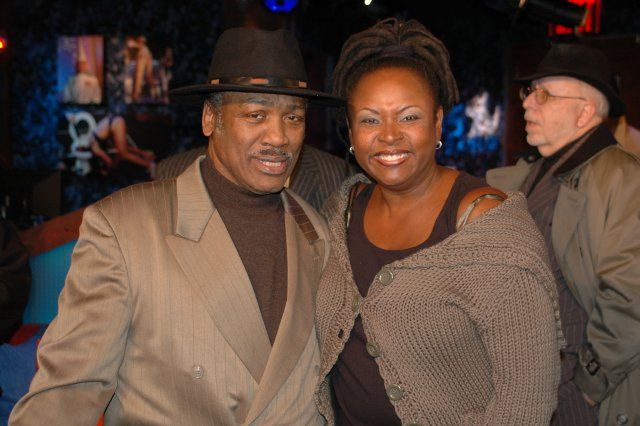 Joe Frazier stopped by and reported he didn’t have much money because of a land deal gone bad. Joe then explained he bought property a years ago for $843,000, and that it was now worth $100 million. Joe went on to say, though, that, due to allegedly shady actions by his lawyer, he didn’t get a penny from the land. Joe noted he was looking into suing his lawyer in order to get some money from the property. After Howard mentioned Joe was living alone in an apartment located above a gym, he added Joe’s refusal to “kiss Muhammad Ali’s ass” may have cost him money in the long run. Joe replied by recalling that he once gave Muhammad money, and also agreed to fight him when no one else would given Muhammad’s stance against the Vietnam War, but wouldn’t forgive him for once referring to him as “a gorilla.” Joe estimated he made “a couple million dollars” as a boxer, but acknowledged he gave away much his money to people whom he felt “deserved it.” Joe then said he was still able to pay his bills, before breaking into a rendition of “Heartbreak Hotel” for Robin. This led Joe to announce he was planning on getting back to his musical career, and assured Howard he was a better singer than what he demonstrated this morning.

Joe noted he was dating a woman, but that they’d been together “too long” and he might be interested in “looking for a way out.” However, Joe added he had children with the woman, which was why he was having trouble leaving her. Howard went on to ask Joe who he’d date in Hollywood, but Joe responded, “I don’t know.” This led Howard to ask if Joe was able to get women when he was in his prime, and he recalled he wasn’t wild even as a young man because he was always faithful to his wife at the time.

The Definition of a Victimless Crime

Howard reported Joe was featured on a television special about Madison Square Garden, and that a movie about his life was in the works as well. Joe proceeded to admit he “wasn’t an angel,” and talked about how he used to steal cars and gasoline while growing up in Brooklyn. Joe then mentioned he was arrested in the 1950s, but claimed it was only because he “got out of a line” at school. Howard next took some calls for Joe, including one from a fan who referred to him as “the greatest boxer ever.” After the man also criticized Muhammad Ali for not fighting in Vietnam, Robin wondered why Joe didn’t go to war either. Joe replied that he got out of service as well because he wasn’t “able to match the blocks” during the physical he had to take to join the Army.

Howard warned Joe to wear condoms in the future so he didn’t have more children, but Joe said that would be difficult seeing as he didn’t like wearing them. Howard then informed Joe, at the very least, he needed to start “pulling out” during sex if he wasn’t going to wear a condom, and Joe said that was what he’d been doing for years.