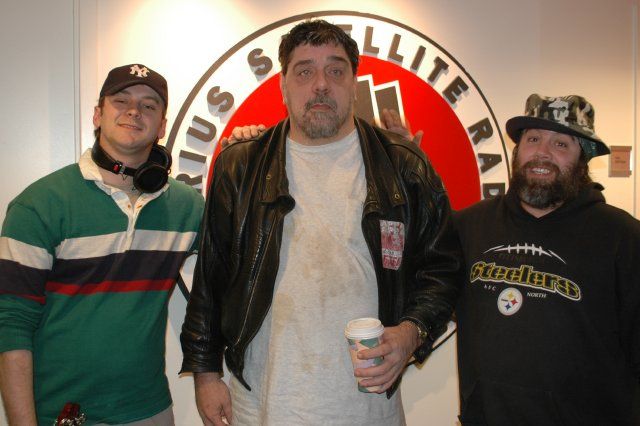 Bigfoot came into the studio to talk about his girlfriend and his new music group, The Real Bigfoot Band. Bigfoot began the interview by saying he told people he knew that he wanted to write songs, mostly about his life in the “obacco” business. This led Howard to point out the word was actually “tobacco,” and Bigfoot replied, “My English isn’t very good, my English,” and Howard responded he knew. Bigfoot said he also wrote songs about the “half a dozen times” he went to jail, although he didn’t include any about his experiences having sex with men while in prison. Bigfoot added his songs were also about “ansporting” – instead of “transporting” – people around in his cab, as well as all the women he’shad in his life. Bigfoot and his accompanying musicians then launched into “How I Get Around,” a song about his “big, white Cadillac.” When the tune was done, Bigfoot admitted he’d forgotten some of the lyrics, before getting to another song called, “It Is.” However, as soon as the second verse started, Bigfoot stopped the song because he “couldn’t remember the words.” After Bigfoot acknowledged he couldn’t read, his guitar player helped him with the vocals, which caused Howard to stop it because he wasn’t hearing enough Bigfoot. Once Bigfoot admitted he was “gusted” – as in disgusted – with himself for not being better prepared, he also said people were “hounding him like dogs” thanks to the $8,000 he won in the show’s football pool. Bigfoot went on to say he was planning on buying “a trailer, it is” for $1,900 of his winnings so he could move in with his girlfriend, and demanded his musicians play another song and that they “get it right this time.” This led Howard to ask if Bigfoot blamed himself or his musicians for today’s performance, and he responded he thought it was everyone’s fault. Bigfoot next turned to his bandmates and said, “Let’s do the white Cadillac song, we know we can do that one white (instead of ‘right’), don’t we?” As Bigfoot again forgot the lyrics, though, he added he needed to fire “the scum bums” in his group before they hit the road.