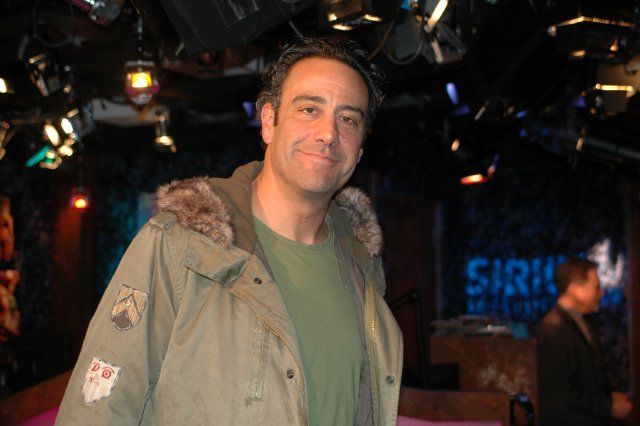 Brad Garrett came into the studio, and immediately mentioned he got divorced from the woman he married when he starred in “Everybody Loves Raymond,” even though they were still “great friends.”

Brad went on to say he and his ex-wife split just eight months ago, and that he loved the time he spent with her, especially because they had two children together. Brad added reports that he kept his divorce from his parents were exaggerated by the media, and that the worst part of it was telling his kids what was happening.

Howard agreed with Brad, claiming just thinking about the time he had to tell his daughters about his divorce was enough to make him cry. When he heard this, Artie tried to get Howard think about that, but he refused.

Goodbye In a Quiet Way

Howard said Brad was refuting Artie’s story that his former “Raymond” costar, Peter Boyle, once offered to smoke marijuana with him and Norm MacDonald, and Brad insisted Peter was known for his sobriety.

After Artie noted he was telling the truth and that they did smoke pot together, Brad mentioned he attended Peter’s funeral last month, but that he didn’t do any interviews at the service because he wanted to keep a low profile.

From Gleason to Sinatra

Brad brought up that he held out for more money during his days on “Raymond” because he felt like his role made him more valuable than the contract he originally signed with the show when he was an unknown actor. Brad went on to say he won $100,000 years ago when he was on “Star Search,” and that he was nominated for an Emmy in 2002 for his role as Jackie Gleason in “Gleason.”

Brad also claimed he’s never had sex with any famous women, although he engaged in “some heavy petting” once with Billy Jean King. Brad added he used to open for both Liza Minnelli and Frank Sinatra, and that the latter always introduced him as “Greg Barrett.” However, Brad admitted he lost his job with Frank after he once told an audience, “You’re a great crowd, stick around for Frank,” a joke he said Frank didn’t understand or appreciate

“Idol” Help in the Future

Howard mentioned he saw Woody Allen sitting with Tony Roberts at a Knicks game recently, and admitted he liked seeing the two because he felt like he was watching one of Woody’s movies.

This led Brad to say he and Ray Romano had a similar relationship, and that they often golfed and hung out together. Brad then said he had a new sitcom, “‘Til Death,” and that he chose to act again despite having all the money he made from “Raymond” because he wanted to work. Brad proceeded to announce “‘Til Death” would be following “American Idol” starting in March, which he thought would hopefully boost his show’s mediocre ratings.