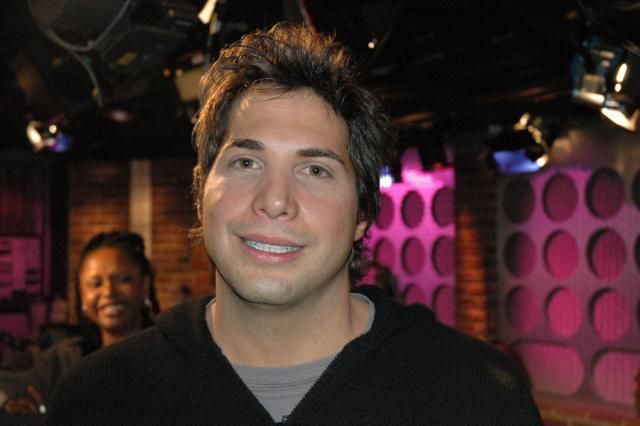 Joe Francis of “Girls Gone Wild” fame got on the line to talk about the recently revealed sex video of him and Paris Hilton, but after saying hello, he went completely silent.

This led Howard to ask Joe if he was high, but he insisted he wasn’t, and was instead “just chillin'”…in bed. As Joe began talking again, Howard acknowledged he didn’t understand how Joe had enough money to afford private jets, and Robin figured it had to do with the fact that “Girls Gone Wild” was a subscription series.

Joe claimed he wasn’t happy that the Paris tapes were released, but both Howard and Robin thought he was behind their release. However, Joe promised that wasn’t the case and was planning on suing the tapes’ distributors.

Joe went on to say the man behind the tapes tried to extort him for $7 million, and, when he refused to pay that, he then released the videos. Joe also noted he owned the copyright to the tapes, so, even if they were released, he thought he should be getting money from them.

Not As Talkative As Before

Howard reported there were images of Valtrex prescriptions (a herpes medication) on the Website where the tapes were being sold, but Joe promised he was clean and thought Paris was as well. Joe then acknowledged he had sex with Paris, but denied he was ever with Lindsay Lohan.

As Joe again began fading out, Howard informed him he was “a sh*tty interview” this morning, but he responded it was because of his phone connection, not that he didn’t want to talk.

After Joe talked about a man who once threatened him at gunpoint, a caller claimed he was “getting high” just listening to him, but Joe replied that he only had 3 hours of sleep prior to the call and noted that he’d get out of the bed for the rest of it so he wouldn’t fall asleep.

Joe continued to claim he wasn’t looking to make any money off the Paris videos, but wanted to stop them from being sold instead. When Howard asked Joe who “the best” sexual partner he’s ever had was, he named Paris.

Joe proceeded to suggest people visit the Website to watch his video so they could see how “good” she was themselves. This led Howard to point out that Joe had referenced the site a number of times during the interview, which he thought was another sign that Joe was behind it. However, Joe again denied any ties to the site.