The show started with Howard criticizing the Coca-Cola’s Black History Month commercial that ran during last night’s Super Bowl, noting he thought it only aired because both team’s coaches – Tony Dungy and Lovie Smith – were black.

After Robin explained that she hated Black History Month because, to her, it merely celebrated the accomplishments of African Americans popular “in the moment,” Howard then launched into his Mama Lucaboobooday impression, discussing how disappointed he was that neither Super Bowl coach “talked black,” adding they wouldn’t be allowed into his state of “Neblackska” given what he described as their “whiteness.” Despite this, Mama mentioned he was rooting for Lovie to win the game because he felt he at least looked like “a real black man.”

Robin mentioned her favorite commercial of the night was the one featuring David Letterman and Oprah Winfrey promoting “Late Show,” which led Howard to wonder what was in it for Oprah. Gary thought Oprah might’ve thought the piece was funny and that was why she was in it, while Robin guessed Oprah agreed to it because Dave once accompanied her to the Broadway premiere of “The Color Purple.”

Howard then changed the subject, asking if the authorities ever figured out why Tony Dungy’s son, James, committed suicide 14 months ago, but Gary told him the answers given were “vague.”

Robin thought James committed suicide by driving a car into a lake, but corrected herself when she read he was found dead in his apartment following what police thought was a drug overdose.

Artie then mentioned he thought Robin was thinking about Dr. J’s son, Cory, who did drown, but Howard acknowledged he liked Robin’s initial description of how James died better than what really happened. King of All Blacks proceeded to call in to refer to Lovie Smith as “a traitor” because his wife is white, and to say that, if he were Howard, he’d have a problem with his hypothetical daughter dating a black man, unlike what Howard said a few weeks ago.

King went on to explain he’d be offended if his daughter dated a white man because he wouldn’t look like him, but Howard insisted he didn’t feel the same way.

More Than a Football Game

Howard brought up Prince’s halftime performance last night, noting that he loved it, as did Artie and Robin. Howard went on to say he listened to Stevie Nicks’ pre-game performance, and that he liked that as well.

Following a clip of Stevie singing, Howard said he “got chills” when Prince played “Purple Rain,” and added he thought the guitar riff in that song should’ve made Guitar World’s list of the 100 Greatest Guitar Solos.

Fred then played a clip of the studio version of “Purple Rain,” while Howard played the tape of the Super Bowl performance. During it, Howard noted a newspaper columnist wrote this morning that he thought the Rolling Stones’ recent Super Bowl halftime show trumped Prince’s, but Howard didn’t know if he felt the same way.

Fred then pointed out he thought the Super Bowl solo was “out of tune,” and predicted Prince’s guitar technician was fired immediately after halftime because of it. As Howard played the solo again, though, he insisted Prince was going for the rough sound of the performance, while Fred remained adamant that that wasn’t the case.

Howard said he felt the Super Bowl was exciting largely because of the rain, but wondered why the game wasn’t held in a domed stadium to avoid such a problem. This led Howard to recall the time he went to a Super Bowl in Detroit – which is a domed stadium – and that everyone there had a great time because they were able to take off their coats and watch the game even though it took place in winter.

Richer By a Couple Hundred 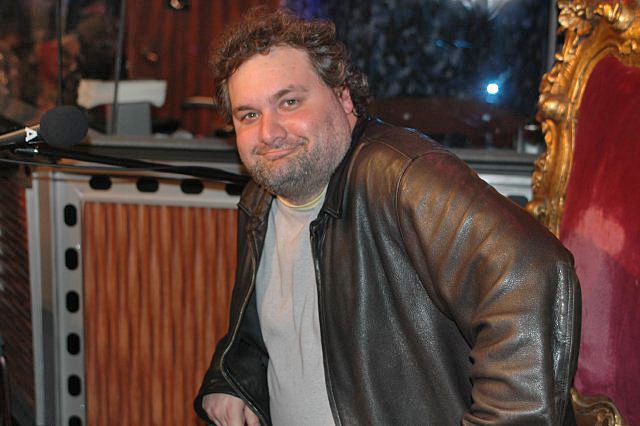 When Howard described how exciting it was to watch Devin Hester run the opening kickoff back for a touchdown, Artie commented there must have been a bet that would happen.

Because the topic of betting came up, Howard noted there was one discussed in the studio whether or not Artie would have sex in Las Vegas this past weekend, and Artie responded the winning wager there was “yes.”

However, before he got to that, Artie admitted he lost a total of $500 on the game, even though he lost $5,500 because he bet on the “over,” which was 48 points. Artie added, though, that he won $1,000 on the coin toss, as well as $2,500 on the game itself – picking the Indianapolis Colts, who were giving seven points to the Chicago Bears – and $1,500 on the “under” of Rex Grossman’s total rushing yards, which was -1. Artie added that he also won $700 gambling in Las Vegas, which he counted toward his winnings as well, so he actually won $200 during the weekend.

Howard noted the two commercials he liked during the Super Bowl were the Sierra Mist spot featuring Jim Gaffigan’s comb over, and the “manly” Snickers ad.

After Robin pointed out she liked Kevin Federline’s commercial for Nationwide Insurance, Howard responded he didn’t like it at all.

Howard went on to say he had a hard time identifying what many of the ads were trying to cell, citing “the dog commercial” as an example, which led Fred to inform him the spot was for Budweiser.

Howard admitted feeling “stupid” watching some of the commercials because he knew they were written for people without intelligence but he still didn’t understand them, and pointed out the “slapping” commercial – which no one in the studio could recall what was for – was another example of that.

When Howard questioned how anyone came up with the idea for the robot killing itself – which was a commercial for General Motors – he added he didn’t understand the commercial where the men stripped to their underwear either, which was for Chevrolet.

Gary then noted he didn’t “get” the commercial starring Robert Goulet – which was for Emerald Nuts – while everyone agreed Go Daddy’s commercial wasn’t very effective either.

Gary then acknowledged he thought Coca-Cola’s spot that was like a video game looked good, but Howard replied he thought the company spent too much money on it. Howard did admit again, though, that he enjoyed the commercial for “Late Show” that featured David Letterman and Oprah Winfrey.