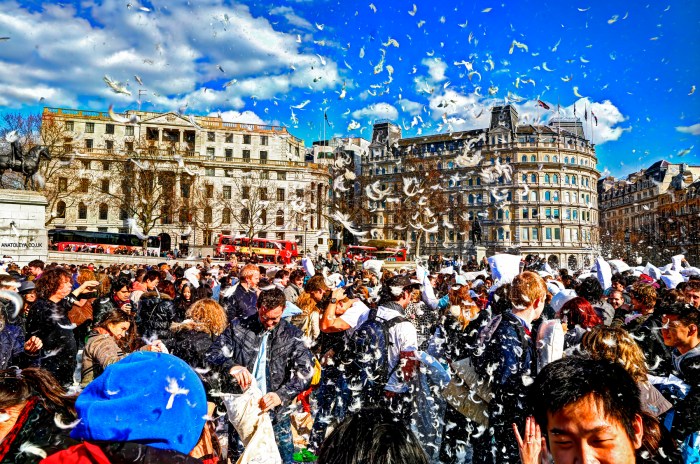 Howard brought up that Benjy participated in an organized pillow fight over the vacation, and Benjy responded “hundreds of people” showed up to the event at Union Square in New York. Benjy went on to note he felt some of the pillow fighters took the fight too seriously, and that he was afraid for his safety at some points. However, Benjy admitted he started off his time at the fight by lighting his pillow on fire, but that he quickly ran out of energy. Howard then played video from the event, and commented he was the only participant who was shirtless, while Robin pointed out he was “all red” from being hit with pillows.