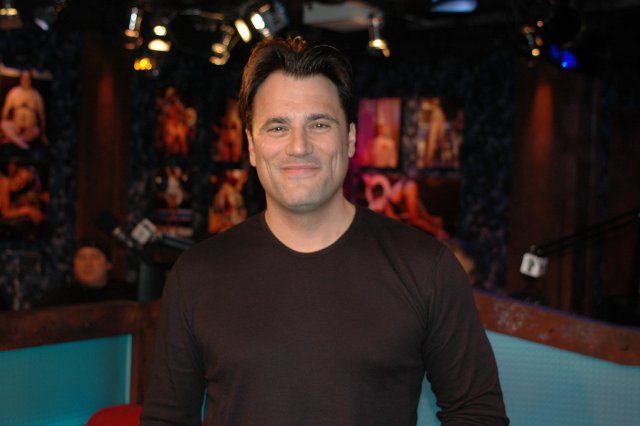 Mr. Skin, of Mr.Skin.com, came into the studio for this year’s edition of The Anatomy Awards, which honored the best nude scenes in the movies for 2006.

Before he got to that, though, Howard commented that Mr. Skin gave the show a free password for his Website a year or two ago, and now more than 2,000 people—including folks from France and Portugal—have used it.

Mr. Skin then laughed at the news, and added that because of that, he’d created a separate password for each person from the show that he’d be handing out during his visit this morning.

Before he left the studio, Mr. Skin named Tatum O’Neal as the actress he was most disappointed in when he saw her nude, and acknowledged he was worried about an upcoming event he had to attend at his daughter’s school: Bring Your Parent to Work Day.

Howard then went around the room asking what actress people wanted to see naked, and Fred replied Jessica Alba, while Artie chose Jessica Biel and Richard picked Eva Mendes. Mr. Skin then informed Richard that Eva wasn’t only nude in the film “Training Day,” but that she demanded she appear in the buff even though the director offered to let her be in bra and panties in the scene in question. Mr. Skin next commented that, in addition to Jennifer Love Hewitt, he thought Scarlett Johansson was the celebrity most people wanted to see in the buff.