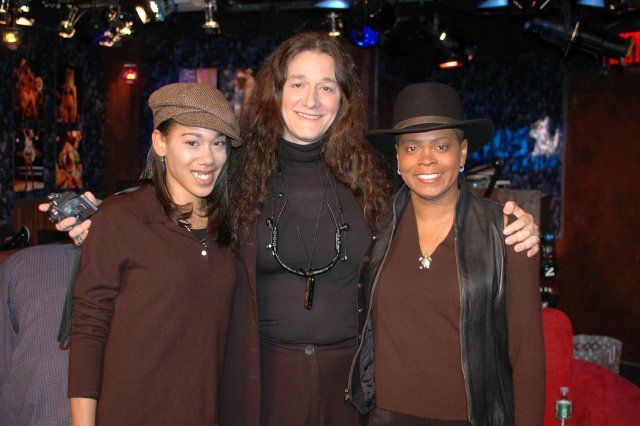 Martine Rothblatt, the transsexual who invented satellite radio, stopped in and immediately said she was married to a woman for 25 years. Martine then said she was a “Bina-sexual,” explaining her wife, who is still with her, was named Bina, and she was the only person she was interested in sexually.

Martine next acknowledged she got good grades in high school, and that she scored roughly 1300 on her SAT. Martine also mentioned her dream when she was young was to create “little satellites antennas that could fit on the tops of cars,” and that SIRIUS was the result of that dream.

Martine proceeded to mention she was “a multi-millionaire” thanks to her invention. Martine reported her initial supporter for satellite in the 1980s put up $50 million for the company, and that she also figured out how to arrange the satellites in space so that their signals could be picked up through trees and other obstacles.

Martine then recalled the National Association of Broadcasters once referred to her as “the antichrist” because of the threat satellite radio posed to terrestrial radio. Martine said that, although SIRIUS was the first satellite company, XM launched its first satellite before SIRIUS because its technology wasn’t as “complicated” as the system she invented.

Martine then claimed XM “freeloaded” off her designs for SIRIUS, which she added was a reason why she hoped the merger between the companies went through.

Introducing Her Better Half

Howard remembered when he was first introduced to Martine, and that Tim Sabean didn’t know how to tell him about Martine’s gender situation prior to their meeting. Martine then said she had “a happy sex life” with her wife, Bina, who, along with the couple’s daughter, Jenesis, came into the studio.

Bina claimed she never considered leaving Martine after her sex-change operation, referring to herself as a “Martine-sexual.” Bina also said the procedure was “gradual,” and that her love for Martine was “different” than the love other people had for each other, largely because she was in love with “Martine’s soul.”

Martine proceeded to talk about some of the things she was working on now to cure certain diseases, as well as how she was working on method of storing people’s memories on a chip, which she hoped would one day help cure Alzheimer’s.

Howard took calls from listeners, including one who wondered what Martine thought the new name of the satellite company should be if SIRIUS and XM merged.

Martine responded that she would be happy with either name, as long as Howard was the service’s number one talent, while Howard recommended it be referred to as Jenesis.

This turned the conversation to Jenesis’ personal life, and she acknowledged that, at 22, she was in the process of getting divorced. Howard then asked Martine if she could create “a perfect robot” for her daughter, and she said she’d work on it.