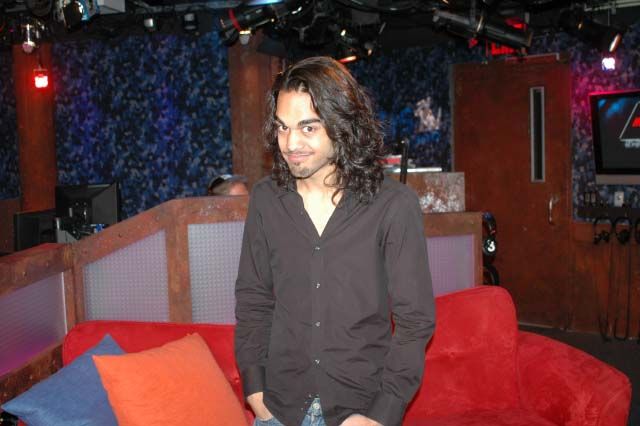 Howard started today saying that he stayed up until 10 o’clock last night, just so he could vote for Sanjaya on “American Idol,” although he admitted that for some reason he didn’t think Sanjaya would make the cut this week. Howard then took a call from a man who claimed he voted for Sanjaya 75 times while Howard added his favorite “contestant” yesterday was Sanjaya’s sister, who was sitting in the crowd, and talked about some really hot photographs of her he had seen.

Mike Gange then said he voted for Sanjaya about 10 times last night, but wasn’t sure his votes counted because he got through each time without a problem. Eric the Midget called in and Gary asked him if he sent Ryan Seacrest an e-mail about Howard’s plan to get Sanjaya voted as the next “American Idol.” Although Eric admitted he did send Ryan such a message, he refused to get onto his e-mail account to read it on the air.

However, Eric did say the gist of his e-mail was to get Ryan to “combat” Howard, while adding he voted for his favorite “American Idol” contestant, LaKisha, “as many times as he could” during the voting hours last night. After Howard referred to Eric as “an ingrate” for attempting to “snitch” on him to Ryan, Gary noted Eric was now refusing to take part in the wrestling trivia challenge he had lined up for him, mainly because there was no prize if he won.

Gary then commented that he asked Eric to come up with a list of demands for the contest, but Eric replied he wouldn’t do that because he assumed he wouldn’t get what he wanted no matter what was on his list. Howard went on to take calls from listeners who said they voted hundreds of times for Sanjaya before playing a clip of his performance last night of the Kinks’ “You Really Got Me.” Following even more calls from people who talked about how many times they voted for Sanjaya, Howard announced that he felt “the fix was in” if Sanjaya didn’t advance to the next round.