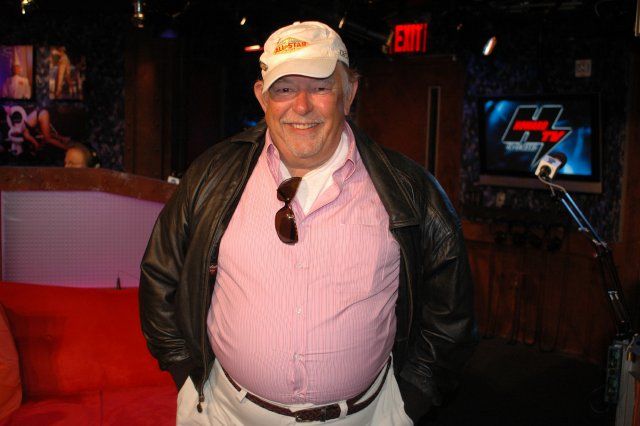 Robin Leach, the former host of “Lifestyles of the Rich and Famous,” stopped in for the first time in years. Howard began the interview by admitting Robin was someone who made him hesitant to get married because Robin was married and divorced only once despite dating very high caliber women. Robin replied by commenting he stayed with women just long enough before any real commitment was involved, and added he still made his girlfriends sign “papers” as soon as they moved in with him. Robin went on to admit he did know “happily married couples,” but also compared the ratio of that happening to “finding a diamond in a mine.” Robin then said he was now dating a 23-year-old woman who used to be a Pussycat Doll in Las Vegas, and that they met at his birthday party last summer. Robin added that his now girlfriend was “the best-looking woman in the room” that night, which he said was why he approached her in the first place. Robin proceeded to say he wasn’t worried about the age differential between them, because, at heart, he considered himself to be the same age as her.

The Sincerest Form of Flattery

Howard took a call from a listener, Mark, who pointed out he thought the MTV show, “Cribs,” was a rip off of “Lifestyles of the Rich and Famous,” and Robin acknowledged he felt the same way. However, Robin also said he never thought about suing over the show mostly because he wasn’t being financially hurt by “Cribs,” although he admitted he would’ve at least liked to have gotten a credit for the program. Robin then talked about how he hosted the new VH1 reality show, “The Surreal Life Fame Games,” which he noted he had “a lot of fun” doing.

dinner with the King of Pop

Robin brought up that he recently had dinner with Michael Jackson as well as two men who were trying to resurrect Michael’s career. Robin then said he had no qualms sitting with Michael, and that he didn’t believe he was as strapped for money as some had claimed. Robin also noted he found Michael to be “normal,” and that he was confident he could have a successful music career again because of the offers some people in the industry were still making to him.

Robin said he once owned 25 percent of the Food Network, and that he made a good deal of money when the channel was sold for $500 million years later. Robin then reported he’d sold one of the houses he owned in the Caribbean, although he still had two other homes. Robin went on to claim his money never brought him women, insisting he was always popular with them, even in high school. Robin then named Vanilla Ice as “the biggest pain in the ass” on “The Surreal Life Fame Games,” going into detail about a fight he got into with another cast member, Ron Jeremy.Howard proceeded to take calls from listeners who acknowledged they thought Robin was gay, but Robin responded he’d never had a homosexual encounter. Howard then said he felt Robin’s British accent was the reason some people believed he was gay, and added he’d seen Robin in action, and that he knew he was “the opposite of gay.”