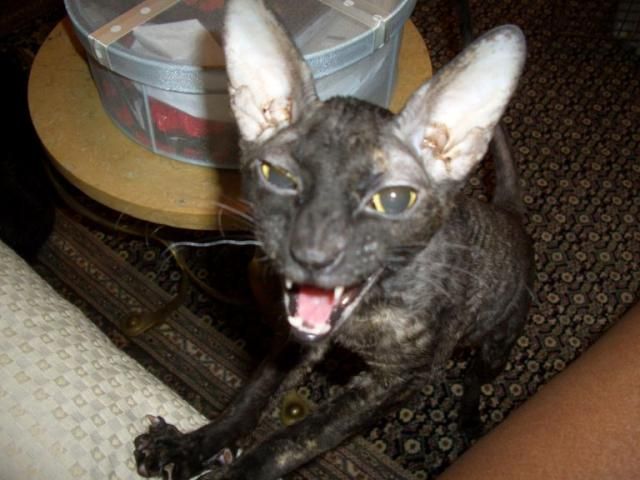 Eric the Midget called in to say he didn’t donate any money last night to “American Idol” because he was waiting for his social security check to arrive, but would consider making a pledge when he got it.

Howard then asked Eric who he thought had a better life: him or one of the starving African children from last night’s “Idol,” and he claimed he did because he had access to food.

When Artie next asked who had a better life: him or Artie, Eric went with the same answer given Artie’s size.

This led Artie to admit he was going to “jump off the Chrysler Building” after hearing Eric’s decision, and Eric said, “Go ahead and make a big mess,” to which Artie replied, “It won’t be as big a mess as the one you leave in your PJ pants,” referring to an admission Eric made earlier in the week about his masturbatory habits.

Howard also took a call from Captain Cat F’er, who revealed he hadn’t called since his first time on the air because his mother wouldn’t let him.

The Captain reminded Howard he still lived with his parents even though he was 23 years old, and asked Robin if she’d be willing to date him seeing as they both “loved” cats. However, Robin told the Captain she had no plans of doing that, causing Howard to hang up on him because he was “annoying.”