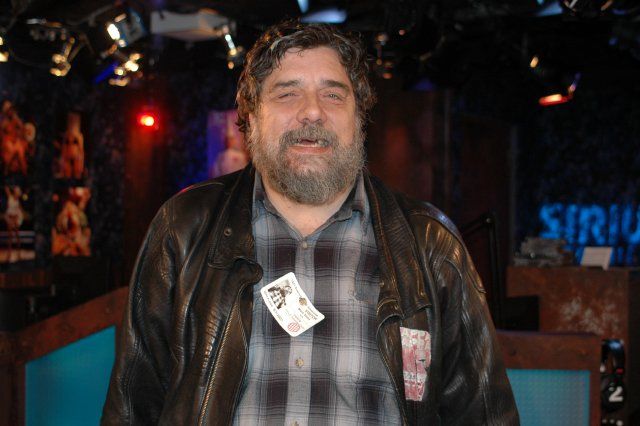 Bigfoot came into the studio and mentioned that, despite his size, someone tried to mug him in the city last night. Howard then brought up a recent phone call Bigfoot made to Richard, in which he claimed he was being discriminated against and that he was wise to certain government cover-ups, and Bigfoot replied the problem was getting “worser and worser.”

Howard then asked Bigfoot if he was losing his teeth, which he admitted he was, before saying he was suing landlords in his home state of Vermont because they allegedly wouldn’t rent apartments to him for a fair cost because they thought he had more money than he did given his role on the show. Bigfoot went on to reveal he made only $40 from the CD he was promoting the last time he was on the show, and Howard played portions of it in the background, including Bigfoot mumbling over the studio recordings of Bon Jovi’s “Living on a Prayer” as well as the Eagles’ “Hotel California.”

Bigfoot claimed he last had sex a month ago before revealing he wasn’t homeless because he was sleeping in a secret location without paying rent. Howard then took a call from “Vermont,” who was played by Richard, and “Vermont” warned Bigfoot that he’d never live in the state. Bigfoot responded by yelling back at “Vermont” and saying he didn’t want to reside there before denying the state’s claim that New Hampshire didn’t want him either.

Howard asked Bigfoot how he earned money, and he responded that he ran “an escort business, it is.” Bigfoot proceeded to explain he bought beer and pills for one particular escort, and that he got a cut of the money she earned.

This led Robin to ask why the woman gave her money to him, and he said it was because she treated him like her “little rump dog.”

Bigfoot went on to acknowledge he didn’t know how Howard could help him with his problem with Vermont, and talked about how he didn’t fit into any of the cliques in the state.

Robin then asked Bigfoot why he lived in Vermont if he wasn’t welcome there, and he told her it was because it was the only state he knew, and that since he couldn’t read, he didn’t want to move because he’d then have to try to read maps

A Surprise Call from Mom

Bigfoot noted his mother was currently mad at him and that they hadn’t seen each other since they visited his father in a hospital, although he didn’t say when that was.

When Bigfoot revealed his father was in the hospital at the time because he was having problems with his bowels, he admitted he had been bleeding from his rectum himself lately, and that one of his friends got mad at him for defecating in his toilet because of the blood he left in it.

Howard then got Bigfoot’s mother, Mary, on the line, and she reported she loved her son although she also acknowledged it was sometimes difficult to get along with him.

Howard next asked Mary why Bigfoot never learned to read, but she replied that she didn’t know. Bigfoot then acknowledged he didn’t know his mom “cared” about him, and added their falling out stemmed from his father’s remark when he was young that he and his brother, Jeff, “wouldn’t amount to anything.” Upon hearing that, though, Howard commented that it seemed to him like Bigfoot’s dad was accurate in his prediction, but Bigfoot said that wasn’t the case because he was on Howard’s show.

Howard advised Mary to try to help Bigfoot with his life, but she said she couldn’t because she had to care for her sick husband. However, Artie felt Bigfoot should at least be in a hospital, and, out of nowhere, Bigfoot informed his mom that he’d been in “two love triangles,” which she acknowledged was something she didn’t know.

Bigfoot then said he didn’t want to go into any facility – or, as he put it, “‘cility” – because he refused to “feel like a prisoner.” Mary then revealed that she was told when Bigfoot was young that he was mentally slow, but again insisted she didn’t know what to do with him now. 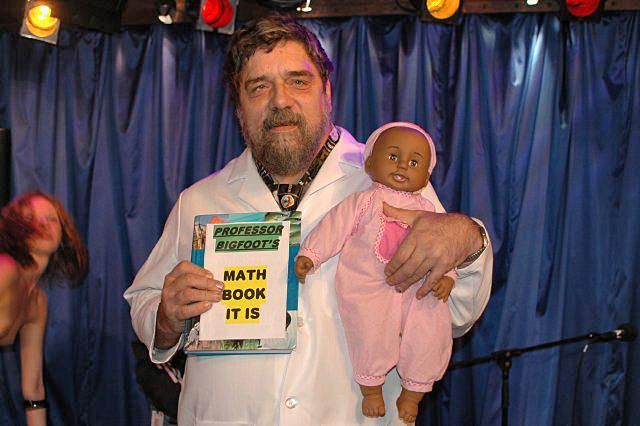 THE FOOT IS BIG, IT IS Photo: The Howard Stern Show

After Howard ended Mary’s call, he told Bigfoot his landlord was on the phone, and proceeded to play the voicemail Alec Baldwin left for his daughter last month, and Bigfoot argued with him while also doing the same thing when Howard played a tape from last year of Artie yelling about Ralph owing him money.

A caller then wanted to know how Bigfoot was allowed to drive a car without knowing how to read, and he explained it was because he was given an oral test, not a written one, when he got his license. Bigfoot added, though, that he was able to identify traffic signs, but couldn’t read the label on Artie’s can of Hawaiian Punch when asked to do so. Artie then asked Bigfoot how his friend who got mad at him for defecating in his toilet saw the blood in it if he flushed the toilet, but Bigfoot acknowledged he might not have done that. In fact, Bigfoot also pointed out that, even if he did flush, his waste “can be quite a load at times,” so he wasn’t sure it all went down anyway. Howard proceeded to play clips of Lily Tomlin’s outburst on the set of “I Heart Huckabees” as well as tapes of Gary yelling, and Bigfoot once again fell for it and argued back with both of them.