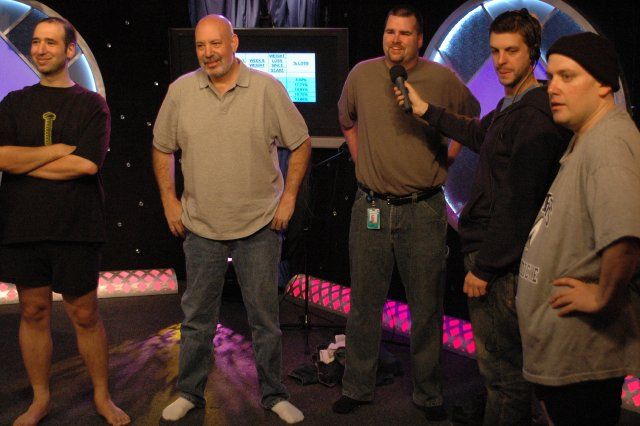 A caller wanted to know if the Battle of the Blobs contestants would get back on the scale to see if anyone gained weight after yesterday’s final results, and Benjy, the winner, admitted he ate more after the contest than he wanted to, but that he still didn’t overdo it too much. Howard then noted that another competitor, Scott the Engineer, “gorged” on a breakfast spread that was laid out at the studio, and also ate dinner at Wendy’s, which Scott came into the studio to acknowledge was true. Howard went on to say his “problem” was eating while watching TV at night, and that he did just that yesterday with pistachios and “The Sopranos.”