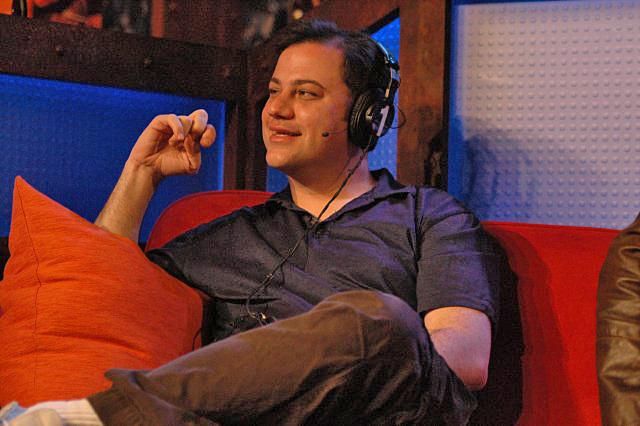 After Jimmy Kimmel came into the studio to sit in for the rest of the show, Howard took a call from Jeff Ruby, who refused to serve O.J. Simpson at his steakhouse in Kentucky earlier in the month. Jeff explained his restaurant was crowded the night in question – with Nick Lachey and Kid Rock being two of the diners there – and that O.J. hadn’t made a reservation, even though he was initially seated due to his celebrity.

Jeff went on to say he’d known O.J. long before he was charged with murder and that they were friends, but that he disassociated himself from him completely after the trial. Jeff then said that, whenever he made a decision, he checked “my heart, my gut and my brain,” and that the first two told him to ask O.J. to leave.

Jeff proceeded to say O.J. was by himself at his table waiting for 12 people who were supposed to join him when the incident occurred, and Artie joked that it sounded like O.J. was buying dinner the jurors who found him not guilty in 1996. Jeff then mentioned that he approached O.J. and told him, “I’m not serving you,” and that O.J. left the restaurant after simply stating, “I understand.”

Jeff also claimed that he warned O.J.’s date that night – a woman who got mad at him when she discovered O.J. had been asked to leave – to watch out for her safety given how she resembled O.J.’s ex-wife, Nicole Brown. He added that Ron Goldman’s father, Fred, had called him since the incident and that they’d talked three times in total.

Howard mentioned he was happy to hear someone actually stood up to O.J., but Jimmy pointed out he might’ve taken the night as an opportunity to “put my penis on O.J.’s steak.” Jeff responded, though, that he never considered doing something like that, and Howard again congratulated him for sticking up for his beliefs.

He’ll Fly After All

Jimmy commented he was doing well at ABC, although he admitted he didn’t have much say in the “Do you Jimmy?” billboards that ABC has put up everywhere to promote “Jimmy Kimmel Live.” Howard brought up that Jimmy once referred to Jared Leto as his “worst guest ever,” and Jimmy explained he made the distinction because Jared cancelled an appearance on his show in the past and generally “rubbed me the wrong way.”

Howard then announced Eric the Midget was back on the line, and Jimmy acknowledged that Eric was his favorite Wack Packer. Eric replied by noting he was happy with what Jimmy said, although he didn’t consider himself a Wack Packer. This led Jimmy to ask why Eric never flew with balloons, and Howard told him it was because he was tired of hearing Eric complain about the bit and make endless demands in order to make it happen. Eric then said he didn’t willingly participate in “the stunt” because he didn’t think flying with balloons was possible, but Howard insisted that wasn’t the case, and Jimmy added he was still “obsessed” with the possibility.

When Jimmy said he was amazed Eric had never visited the studio, Howard responded that he didn’t really want to see Eric in person because he’d “feel too bad for him.” After Eric replied to Howard’s remark by saying, “Oh, shut up, Big Nose,” Artie wondered if Eric had an interest in coming to New York so he could see “the bottom 20 inches of every building,” which led to a fat joke from Eric.

Eric noted he’d called in to ask Jimmy if he wanted him to be a correspondent for “Jimmy Kimmel Live,” and Howard wondered if Jimmy would consider it if Eric first agreed to be flown with balloons. Jimmy then promised that, at the very least, he’d fly Eric to Los Angeles, put him up in a hotel, get him into the finale of “American Idol,” and give him face-time on his own show, if Eric agreed to the balloon stunt.

Once it was determined that Eric would have to be on Jimmy’s program first because the “American Idol” finale was next week and then come to New York, Eric agreed to participate in the plan. Despite this, Artie thought Eric would end up backing out of the deal, but Jimmy assured him that he felt Eric was “a man of his word” and come through. 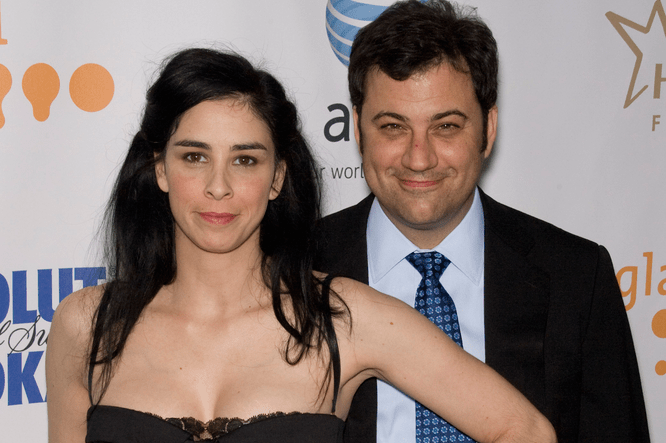 Following Eric’s call, Jimmy talked about how his dream was to move “Jimmy Kimmel Live” to 11:30 p.m. as opposed to its current midnight start time, and said he’d consider quitting if ABC brought in Jay Leno or Conan O’Brien to fill the 11:30 p.m. slot and bump him to 12:30 a.m. in the process.

Jimmy also discussed his girlfriend, Sarah Silverman’s, upcoming hosting duty at the MTV Movie Awards, and insisted Artie start eating healthy food so he’d lose some weight. Artie then acknowledged he liked the healthy food that Howard ate every morning, but admitted he didn’t think he’d be able to refrain from eating between lunch and dinner the way Howard did.

Artie went on to say he went on a date Thursday night, and that, although he “tried to eat good” by ordering swordfish for dinner, he ended up consuming “a big cake” for dessert. Jimmy then acknowledged he liked food as well, but that he kept fruit by his side all day to avoid eating junk food.