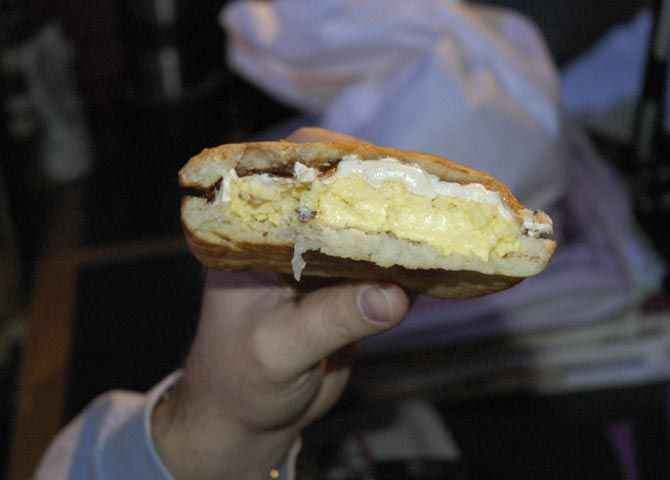 Howard played a clip from last night’s Intern Show of Kevin the Intern telling the intern replacing him next semester that he pitied him because he was getting the breakfast duties.

Kevin went on to say that, because he often used his own money to pay for everyone’s breakfast and occasionally didn’t get reimbursed, he figured he was out between $500 and $1000 and that Sal was the biggest offender. Sal said he never realized it had gotten to that point for Kevin and offered to write him a check for $500 on the spot. Howard doubted the check would clear though and gave Kevin cash instead, which led Sal to joke that he was happy their plan had worked and would split the money with Kevin later. Howard then said that, in Kevin’s honor, he was instigating something he called The Kevin Rule, which states, everyone must pay for their breakfast in advance, with no exceptions.

Gary then noted that Sal also gets rides to and from work every day from Jon Hein and never offers to pay gas, tolls or parking. Sal said this was not true, claiming to have bought many meals for Jon – while Jon said he wouldn’t exactly describe it as “many.” Robin said she had heard the same thing happened to Benjy when he was an intern, with Benjy claiming that Jackie owed him around $1000. Howard, however, pointed out that he was sure Jackie had paid Benjy back … in jokes.