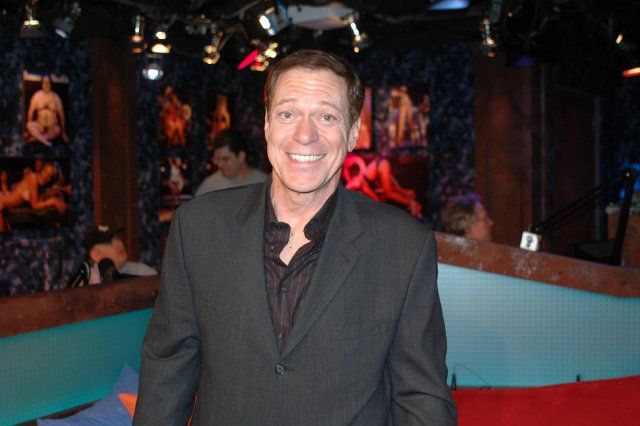 When long time friend of the show, Joe Piscopo, came into the studio, Howard immediately ordered that there be no kissing because he’d had enough gay stuff today. He then told Joe how sorry he was to hear about his second divorce…and that he had told him this was going to happen. Joe, however, recalled that Howard was the one who had told him to marry his second wife, Kimberly, in the first place. Joe noted that in all the years he’s done the show, this was the first time he’s come in without a woman, prompting Robin to ask if that meant he was giving up women, to which Joe replied emphatically, “No, no, no!” Howard asked at what point he knew things went wrong with his second wife, but Joe claimed he couldn’t answer questions like that because his attorney, who was in the green room for that very reason, wouldn’t let him. Joe did say though, that things were still very amicable between him and Kimberly, noting the two of them took their kids to see “Shrek the Third” recently. This caused Fred to play some of the infamous song, “Kimberly,” which Joe sang years ago about his then fiancé. On hearing it, Joe wished he’d played it for Kimberly when they first started talking about getting divorced because it would have saved his marriage.

Howard also wanted to know how long Joe waited after separating from Kimberly to start dating again. At first, Joe said he hadn’t started dating yet, but when Howard said he’d heard things about a certain blonde, Joe blamed his lawyer for not being able to answer that question. However, a caller did say he met Joe at a party in Philly recently and there was a blonde present. Frequent caller, Howard from Jersey City, asked if Joe had any plans in taking over the “Artie chair” should Artie leave the show sometime in the near future – getting an uncomfortable laugh from everyone in the studio. Howard then played an update to Joe’s original, “Kimberly,” which was Sal’s “My Wife,” causing Joe to squirm uncomfortably and yell for Howard to stop the song.Vinnie Favale called to ask Joe to describe his current living conditions and Joe explained that he was living in a hotel, even though a judge had awarded him temporary custody of his kids and possession of his house. Joe explained that he had given the house back to Kimberly and moved to the hotel because he wanted his kids to be with their mother. Given this, Howard asked if his kids had to wait in the lobby while he had sex with the blonde and renowned divorce attorney, Dominic Barbara, called in to make sure Joe’s hotel room had a bathroom in it. To which Joe answered, “No, it’s a flop house and the bathroom is down the hall.”

Howard read that Joe’s current girlfriend, “the blonde,” is 31 years old and asked if she was a model or actress. But Joe said she wasn’t, adding that she really didn’t have a job right now. Howard then assured Joe he would fall in love with Kimberly again…when he divorces his third wife. Joe replied, “thanks a lot,” but added that it was great to see him again, which led Howard to note that it was always nice to have a friend acknowledge him that way, because “not all of his friends” do that