Rocker comes in to promote his new album "Lost Highway" 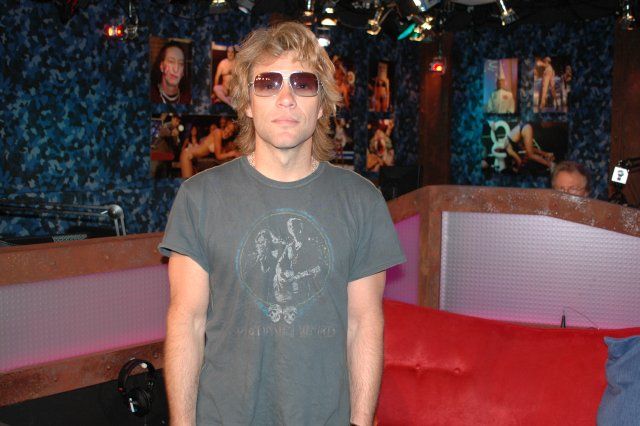 Jon Bon Jovi came in to promote the band’s new album, “Lost Highway.” Howard reported that Bon Jovi has sold 120 million albums and asked Jon if he felt the band got the respect they deserved.

Jon answered that “you can’t demand respect, you’ve gotta earn it,” noting “it’s coming around.” Howard asked Jon why he did “American Idol” and Jon replied that “American Idol’s” audience is the size of “Oprah” and “60 Minutes” combined. Jon remarked that he can no longer get on “the Z100s of the world,” so it’s a necessary evil. Jon noted that iPods are creating a single-based industry, which is killing the magic of the b-side, adding that he can’t get his kids to visit a record store these days.

Greg asked why Jon isn’t resting on his laurels. Jon said he’s a creative guy who loves to make music, and for him, a big part of that is sharing it with the world. Jon confessed that he can’t stand the idea of living off of “Livin’ on a Prayer” for the rest of his life because nostalgia disgusts him. Jon then asked Artie how doing “American Idol” is different than a Bob Dylan song being used in a Victoria’s Secret commercial. Artie said that Jon had a point.