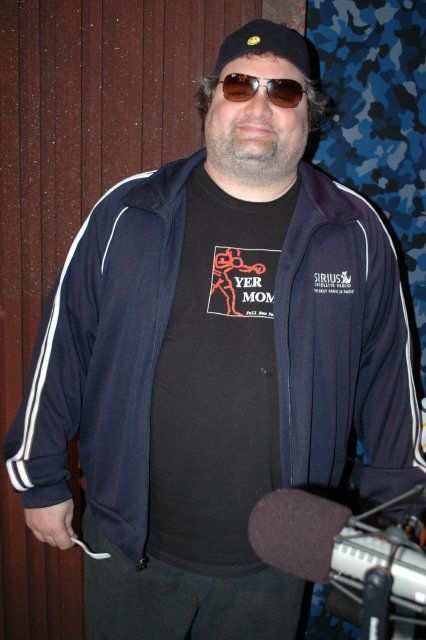 Howard asked Artie how his appearance on Conan O’Brien went last night, and Artie said Jessica Biel (and her “perfect ass”) looked amazing, despite her “swimmer’s arms.” Howard played a clip of Jessica telling Conan that she thought she had “fat knuckles.”

Howard then played some clips of Artie on the show. In the clips, Artie made Conan uncomfortable by describing some of the things he wanted to do with Jessica, talked about his Jersey buddies’ theories about the “Sopranos” ending, and discussed the difficulties of acting in sex scenes with hot chicks.

Artie admitted that his appearance was easier to listen to than to watch, because he looks so fat. George suggested that Artie wear a “dressy Hawaiian shirt” next time.

Artie replied that his lifestyle and schedule might just seem high-stress now; when he looks back later in life, he’ll probably think of these days as his greatest.

Howard said Artie was more likely to look back and think of these days as his skinniest. Artie acknowledged that he can’t weigh himself anymore because it depresses him for the rest of the day. Robin asked if Artie had difficulty fitting in airplane seats or bathrooms, and Artie confessed that he can’t fly coach now.