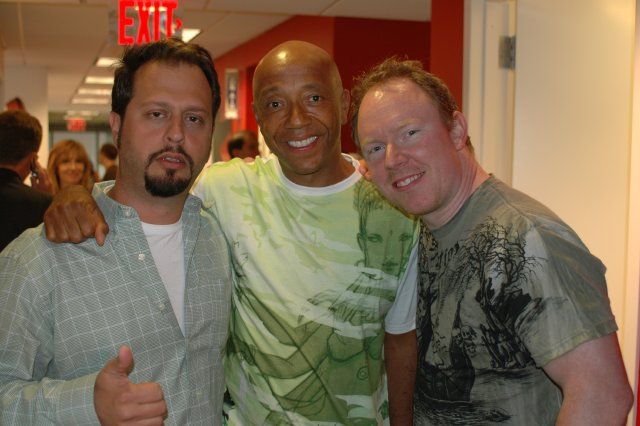 Howard said Sal flipped out on the Wrap-Up Show yesterday and then played a few clips of Sal explaining why he spoke to Russell Simmons. Sal claimed he was putting Russell at ease, but Howard felt Russell didn’t need to have Sal put him at ease, because he had conducted himself “beautifully.” Sal came in to say he called himself a “white devil” because he wanted to play to Russell’s alleged pre-existing prejudices. Both Artie and Howard said Russell wasn’t anti-Semitic or anti-white, so they didn’t know what Sal was talking about. Howard informed Sal that he wasn’t the show’s ambassador and couldn’t be a very bright guy to make all these stupid statements. Fred claimed that Sal was an “idiot savant,” and Artie agreed, saying that Sal’s job could be done by an eighth grader. Sal argued that he was only catering his bits to the show’s brand of humor, so Artie acknowledged that stand-up was different than “phony phone calls.”