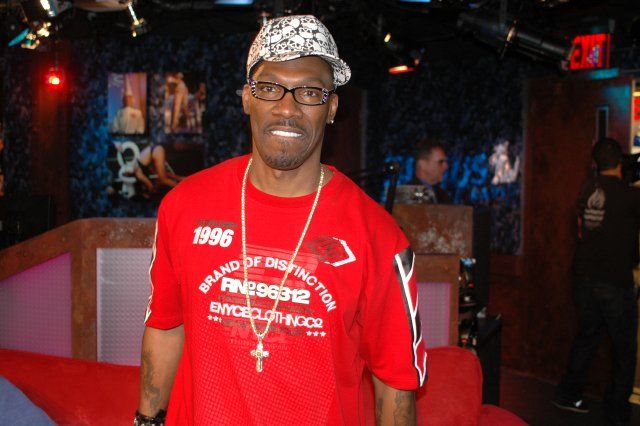 Charlie Murphy came in to promote “We Gotta Do Better”, his new show on BET, and Howard chuckled at Charlie’s blinged-out sunglasses.

Howard asked if Charlie expected to be robbed when he traveled with so much jewelry, but Charlie claimed he never put himself in the position to be robbed. Charlie told the crew that he used to rob people, so he knows what situations to avoid, like strip clubs and after-parties, but admitted that he was once almost fooled by a gang in stolen police uniforms.

Charlie claimed he didn’t know anything about his brother, Eddie’s upcoming nuptials or the baby he had with Scary Spice.

Charlie then briefly discussed the controversy surrounding the real-life depictions of black people on his new show. Howard asked if Charlie had really once shown up to a movie audition with a real gun, and Charlie admitted he showed up to his “CB4” audition with his cousin Ray-Ray’s 9mm.

Will Eddie or Dave Ever Return?

Since Charlie used to write for Dave Chappelle, Howard asked what he thought of Dave’s recent hospitalization for exhaustion, and Charlie replied that Dave was doing long stand-up shows, like his recent record-breaking 8-hour show.

Charlie said Dave was kind of a “stand-off” guy, so no one was really close enough to see the freak-out coming. A caller asked what Charlie thought about the gay rumors surrounding Eddie, and Charlie said they weren’t true.

Ralph then called up to ask if Charlie ever tried to talk Eddie into doing stand-up again. Charlie said Eddie has never seemed interested until recently, when he heard that Charlie was touring internationally doing his own stand-up.