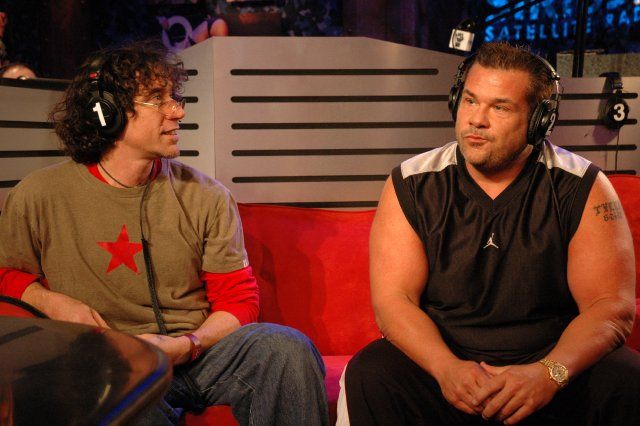 Howard put Bubba on the line with Ralph, and Bubba said he’d never been anything but nice to Ralph.

Ralph explained that Bubba was the first to complain on-air about Heather’s shoes, so he didn’t know why Bubba got so angry when he seconded it.

Ralph then admitted that he overreacted to Heather’s characterization of his wedding gift, so Bubba told him to get a life.

Ralph added that he wasn’t as close to calling Bubba’s wife a c—t as he had claimed on Thursday and was just glad that he hadn’t. Bubba speculated that if Ralph had more going for him, then maybe he wouldn’t be so paranoid.

Ralph acknowledged that Bubba was right, and retorted that they should go into business together making “stupid t-shirts.”

Howard asked Ralph how much his gift cost, and Ralph admitted that it cost him less than $100. Bubba said it was more like $64, which led everyone to laugh. Bubba then said he had no problem with Ralph – he just wanted an apology.