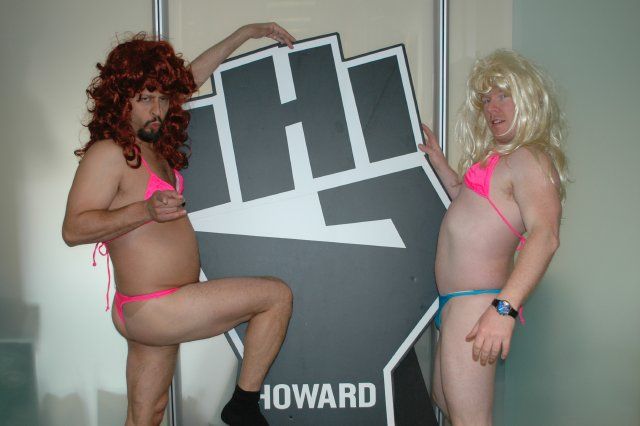 Howard played a few of Richard and Sal’s “Jack & Rod” bits where loud noises repeatedly interrupt the person they’re interviewing. Artie laughed that the bits were repetitive, and Robin suggested that Howard use noise clips to interrupt a real in-studio guest. Howard had some difficulty finding all the bits, so Sal chimed in on Gary’s intercom to tell him which “page” the they were on, but Fred took the opportunity to turn the tables and interrupt Sal with loud noises.