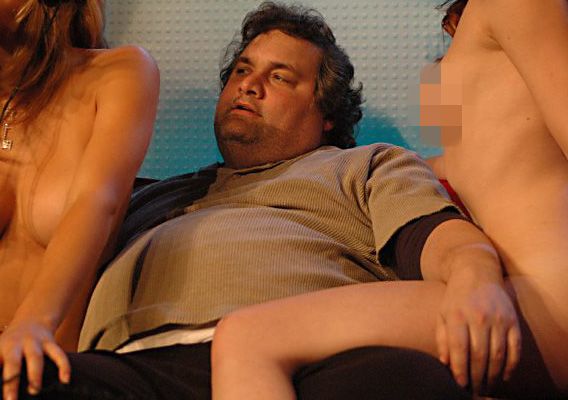 Photo: The Howard Stern Show
Artie said he went to Scores for (HowardTV producer) Isaac’s bachelor party over the break. Artie got a lapdance from an American girl, which he said was an unusual experience, as they usually have an accent of some kind. Robin asked Howard if he’d retired from Scores, and Howard said Beth had not laid down the law, so he’d be back soon. Artie said he looked forward to Howard’s return because Isaac’s groomsmen just annoyed him. Artie told a story about meeting a hot medical student at the Starbucks by his house and inviting her to see his set at Carolines. She accepted and showed up at his gig with three other med students, but two of them were guys and Artie felt like he couldn’t compete with med students, despite their zero-personality “blank stares.” Teddy (Artie’s assistant) thought one of the guys was the chick’s boyfriend, but Artie claimed he’d call her anyway because he knew his mother would be very happy if were to date a doctor.
Previous Show Next Show