Actor also opens up about directing an episode of "The Closer" 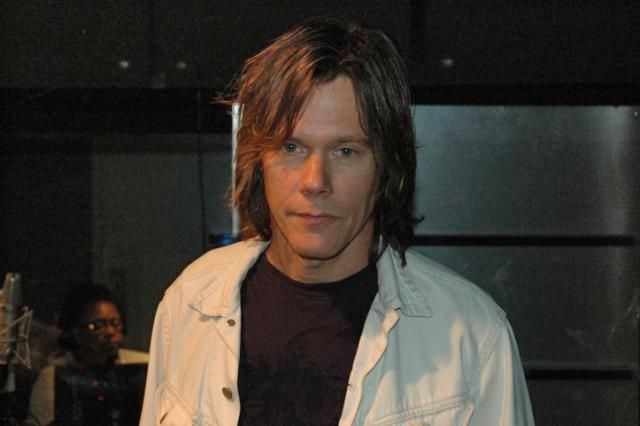 Kevin Bacon called in to promote his new movie, “Death Sentence,” and noted that he was jogging behind Howard the other day but couldn’t catch up.

Howard remarked that Kevin’s wife, Kyra Sedgwick, is cable television’s highest paid actress. Kevin said he was happy that Kyra’s show, “The Closer,” has been a big hit.

Howard asked if they have separate bank accounts, but Kevin admitted they share one. Kevin then confessed that he directed an episode of “The Closer” recently, but the crew made sure his director’s chair read “Kevin Sedgwick” on the back. A caller noted that Kevin’s penis looks large in “Wild Things.” Kevin insisted it wasn’t that large and referenced Hollywood’s frequent use of prosthetics.

Howard asked Kevin about “Death Sentence,” so Kevin explained that it’s a revenge film from the director of “Saw” and was based on a novel by the same guy who wrote “Deathwish,” the classic Charles Bronson revenge flick.

Howard speculated that swinging has helped Kevin’s relationship with Kyra last so long, but Kevin denied taking part in any form of wife-swapping even though he’s noticed Howard’s name sparks a “twinkle” in Kyra’s eye. Artie Lange then did some quick math and figured out that his movie career is only three degrees from Kevin’s. Howard asked Kevin if he’d seen any black people in Montana on the set of the movie he’s currently filming, so Kevin replied “only on the crew.” To support this, Fred quoted the U.S. Census Bureau report noting that only 0.4 percent of Montana’s population was of African-American descent.