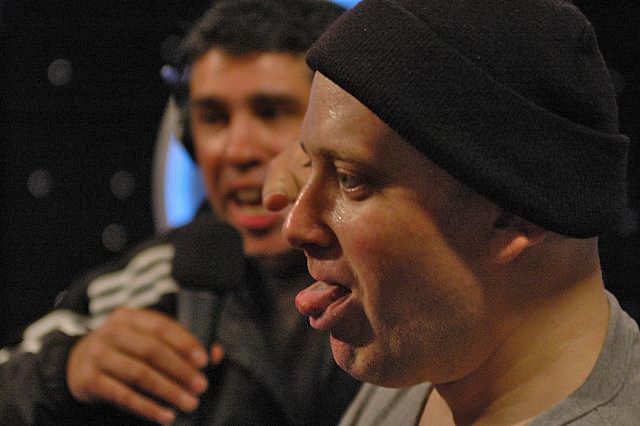 Photo: The Howard Stern Show
Artie said this was the worst part of the morning; he has to avoid looking at Benjy so he can eat his bagel. Howard agreed, noting that Benjy was all wet and gross. Benjy insisted that he wet because he had just showered, but Artie thought it was sweat from running into the studio. Howard told Benjy that if you run after you shower, you still sweat. Fred said he has a splashguard now to prevent Benjy-sweat from getting on his equipment.