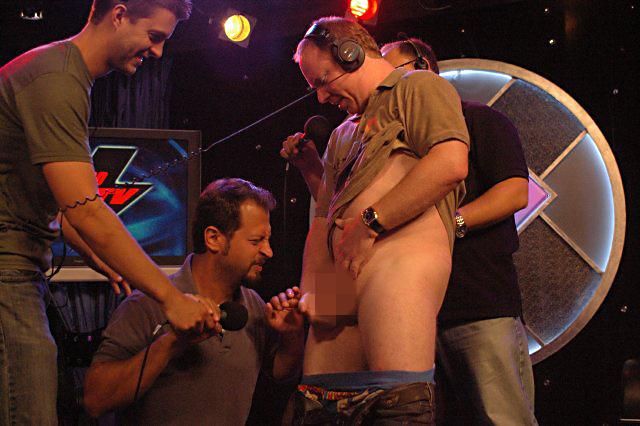 Howard announced that Artie was threatening to call Human Resources because Richard hadn’t showered in four days. Richard claimed he hadn’t been showering because he’s been sick. Howard asked if Richard used pumpkin-scented body cream to cover up the stink, but Richard replied that he only uses it because he likes the smell. Lisa told Richard he was a “hillbilly freak,” and Artie told him his smell was “offensive.” Richard asked Sal to come in and smell his balls to “make some great TV,” so Sal gave them a sniff. Sal noted there was “heat coming off” Richard’s balls and they smelled “sour” and “yeasty, like a bad vagina.” Artie questioned whether Richard would wash his hands after handling his dirty balls, so Richard promised he would. But not before Richard wiped his hands on Sal’s face instead, but when two began brawling, Gange had to herd them both out of the studio.