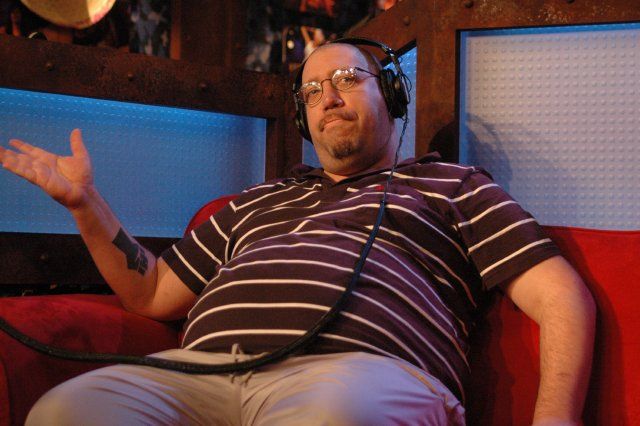 High Pitch Erik called up to say he was fired from his job as a construction site laborer after he took an hour to paint a door. Robin asked why it took him an hour, so Erik explained that he had difficulty moving around in the closet. Joey Boots called in to reveal that Erik was already behind on rent at his new apartment, but Erik insisted he would pay his landlord at the end of the month.