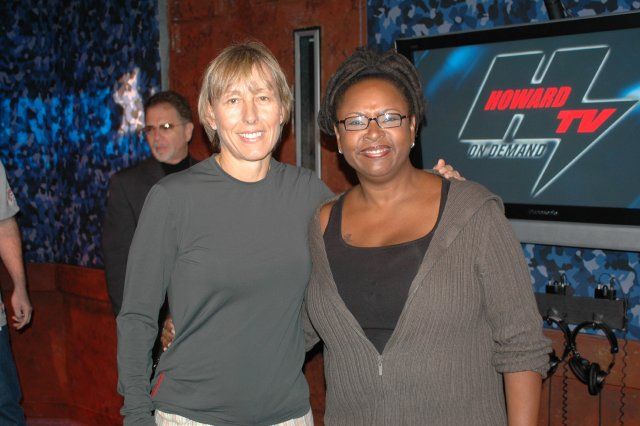 Howard started the show off by saying he loved yesterday’s Chuck Zito Show. Robin said she missed it, so Howard speculated that she was too busy with Martina Navratilova. Robin laughed that Howard was being ridiculous, but Howard and Artie felt Martina probably wanted more than a platonic friendship. Robin responded that Martina was already involved in a committed relationship.