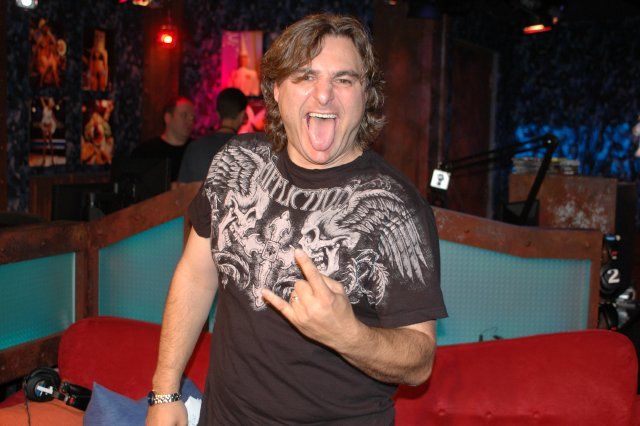 Howard asked if “David” thought radio was easy, so “David” said everyone always thinks the next man’s job is easy.

Howard remarked that “David” had lost a little hair, so David owned up before adding that he’s kept his beautiful face.

Howard welcomed “Ozzy Osbourne” to the studio as well, and “Ozzy” remarked that the Van Halen tour will be a “train wreck.” “Ozzy” said he was done with reality television and asked Howard if Artie was really his daughter Kelly.

Howard also said hello to “Billy Crystal,” who offered to put all their past “disagreements” behind them for Rosh Hashanah.

As himself, Billy reported he was married and expecting a child at any moment.

Artie noted that Billy recently reached out to him and asked if he suffered from sleep apnea, after hearing him admit on the air he frequently falls asleep on the toilet, because when he wakes up in the middle of the night to pee, he sits down and passes out. Artie said he got tested and doesn’t suffer from the disorder – although the doctor did suggest that the 100 pounds he has put on over the past year and a half might have something to do with his sleep issues.

Billy noted that the disorder also causes a lot of children to be misdiagnosed with ADHD. Billy said he goes out with Sal Governale and his wife sometimes, but the night usually ends up being a few hours of Christine yelling at Sal. Billy noted that Sal was even in his wedding party, so Howard played a clip of Sal singing an obscene song in front of everyone, including children, at Billy’s wedding reception. Billy then told a story about him and Sal peeing on each other at a comedy club, adding that it got him his only standing ovation … and banned from the club.