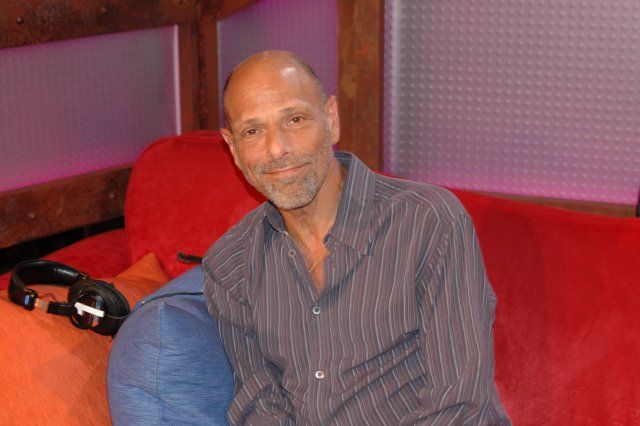 Robert Schimmel stopped by to promote his weekend stand at Caroline’s, and Howard asked him how his marriage was going. Robert reported that it was going fine, so Will came in to say that when he asked Robert the same question, Bob said “What can I do? I can’t get divorced again.” Bob deflected by complaining that there was no fruit plate in the greenroom, so Gary explained that Tim Sabean was the one who decides (somewhat arbitrarily) which guests are worthy of fruit plate status, like Pam Anderson and Bob Saget. Howard asked what happened between Robert’s wife and her creepy pottery teacher after he complained about him the last time he was on the show. Bob explained that she just hangs with her yoga instructor now and doesn’t have the energy to get jealous, adding that he didn’t have energy to have more children with his new wife either.

Have Semi, Will Strip

Bob told Howard about hosting the Stripper Awards in Las Vegas and watching a performance in which a stripper danced while footage of the bombing of Pearl Harbor played in the background. He also described the Hustler travelling strip club, which was a semi trailer decorated with pictures of Larry Flynt and strippers on the outside and with couches and stripper poles on the inside. Rob revealed that he can’t make jokes about the mob when he’s hosting, as most of the club owner nominees have names like Jimmy “The Flame,” Jake “The Snake”, etc. Robert and Artie then lamented the horrors of “talker” strippers.