Barbara Walters Calls In to Promote Her Sirius Show 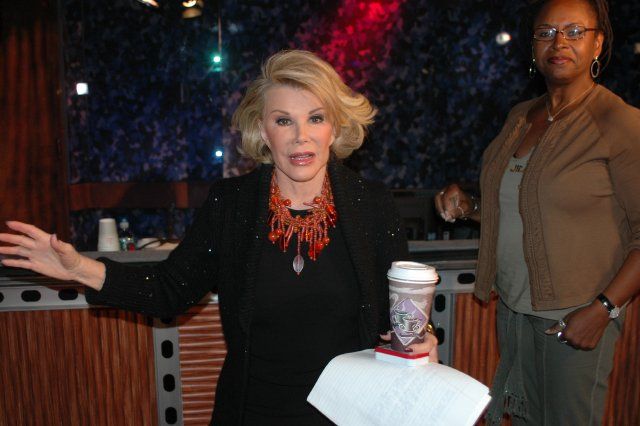 Joan Rivers came in because she was pissed off at E! and the TV Guide Channel for stealing her red carpet format. Howard said Joan lost her job because a lot of the young starlets, like Carrie Underwood, won’t talk to her on the carpet. Joan said she gave both E! and the TV Guide Channel the highest red carpet ratings they ever got, but neither wanted to pay her anymore. Joan now reports on Emmyswithjoan.com. Joan said she refused to work without her daughter, even if a network called. Joan mockingly speculated that Phil Spector was innocent and claimed that – though she’s close with one of Phil’s former girlfriends – she refused to testify at his trial. Joan concluded her interview by saying she’d be broadcasting on the Internet during every major awards show and plugging her upcoming gigs at the Cutting Room.