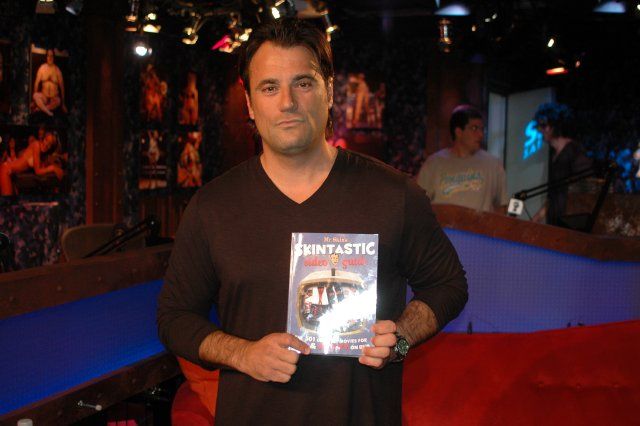 Mr. Skin came in to promote his new book, “Mr. Skin’s Skintastic Video Guide,” and immediately reminisced with Artie about the great nude scenes in “Animal House.” Mr. Skin told Howard that “Private Parts”—ranked number 1 on his list of comedies featuring nudity—had “18 breasts, 2 butts, and one muff.” When Mr. Skin asked Howard how much bush the naked women would have in his remake of “Porkys,” Howard said probably not much, as it will be a “modern” update.

Mr. Skin revealed his favorite new TV show is HBO’s “Tell Me You Love Me” as it contains so much graphic nudity and cited “Californication” as a close second because of all the “naked babes.” Howard asked Mr. Skin what his favorite nude scenes were, so Mr. Skin cited the lesbian scene in “Bound,” Melinda Dylan’s scene in “Slapshot,” and Leah Thompson’s full-frontal scene in “All the Right Moves.”