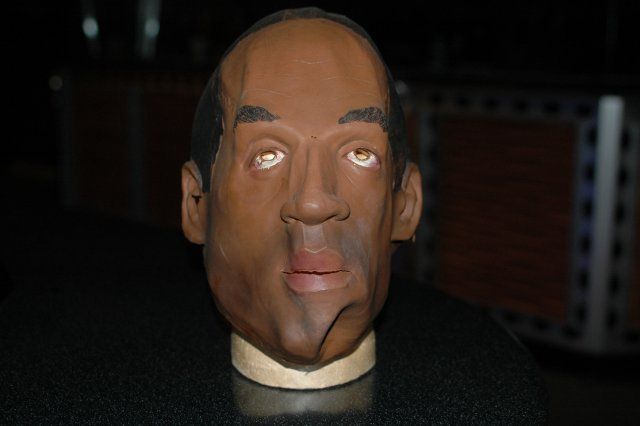 Howard got Tom Riccio on the phone to discuss the tape he made of OJ “confronting” a sports memorabilia collector. Tom told Howard that the collector claimed to have stolen OJ memorabilia, but when Tom reported it to the cops, they didn’t seem to care, so he informed OJ. OJ called him back and wanted to meet with the guy, so Tom arranged a meeting with the guy without revealing that OJ was the prospective buyer. When Tom met with OJ beforehand, OJ was bragging to everyone within hearing distance that he was going to teach the collector a lesson. Tom explained that the plan was for OJ to go in, verify that the memorabilia was indeed his and then notify the authorities. Tom added that he recorded the whole thing because the parties involved were so sketchy. Later, at the meeting in the hotel room, Tom claimed OJ went “the craziest” over a picture of himself with J. Edgar Hoover.

Gary revealed that Tom once escaped from jail, so Tom claimed that at the age of 20, he climbed the wall of a Connecticut prison, ran to California, and met his wife. A while later, his false identity fell through and he was sent back. Tom then explained a few more details about the incident, including the facts that he saw a gun – but never in OJ’s possession, watched OJ take some of the memorabilia, and had audio tapes of the whole ordeal.