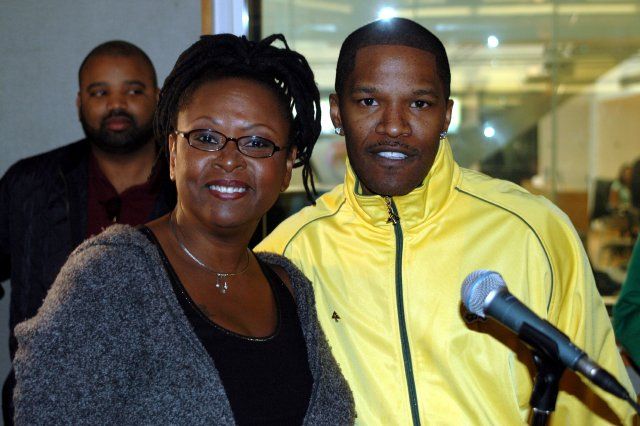 Jamie Foxx stopped by to promote his Sirius channel “The Foxxhole” and told the crew about accidentally picking up a woman known as “Superhead,” a famous groupie, and not finding out who she was until much later. Jamie eventually brought her on his radio show, and he said the segment turned out great.

Howard asked Jamie about his little black book, but Jamie claimed the numbers in it were “for party purposes only.” Jamie added that the key to keeping beautiful girlfriends was never trying to sleep with them.

Howard asked Jamie about his tryout for the sketch-comedy show “In Living Color,” so Jamie explained he killed it in front of the whole cast with his impression act, more or less making his whole career in one night.

Jamie told the crew about growing up in the South, including the fact he didn’t find out until later in life that his parents were his grandparents and his (adopted) sister was really his mother.

“It sounds more Southern than it is,” Jamie told Howard.

He also said he takes care of everyone in his family and even lives with his sisters.