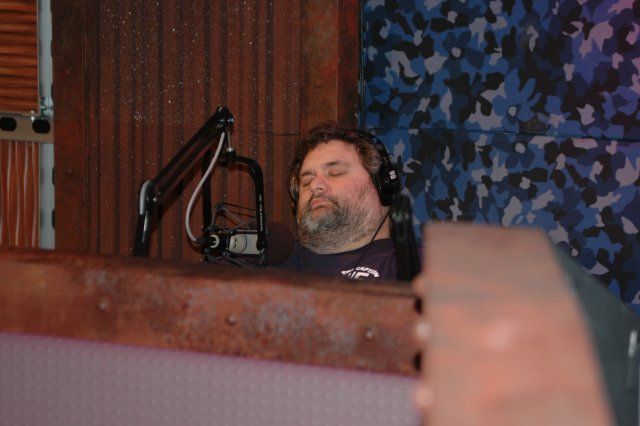 During the news, Howard reported that Artie had fallen asleep. JD came in with the airhorn, which barely roused Artie. Artie claimed he was sugar-crashing from the two Crumbs cupcakes he ate earlier. Howard remarked that Gary was guilty as well; he ate three black-and-white cookies before 6am. Gary came in to note that Ronnie has to set the cookies aside for him in the morning, as the staff snaps them up so quickly…and they were small cookies, not the giant ones you see in bakeries.