Howard discusses attending the premiere of "Things We Lost in the Fire." 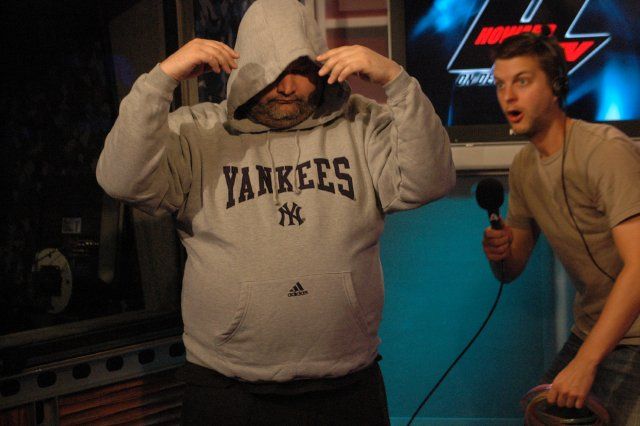 Howard reported that he went to the premiere of Benicio Del Toro’s new film, “Things We Lost in the Fire,” last night and loved it. Robin said Benicio gives such great performances, she feels like she owes him “favors in an elevator.” Howard said he ran into Benicio at the premiere, and he bragged about filming the movie’s sex scene with Halle Berry. Howard thought Halle and Benicio were really good in the movie. Howard told the crew that he was looking at the seating chart in front of him at the premiere, and “Pitt” was seated next to “Voigt.” He sat back for the fireworks (Brad Pitt’s partner, Angelina Jolie, is estranged from her father, Jon Voigt), but the “Pitt” turned out to be Michael Pitt. Howard admitted that after he shook Jon Voigt’s hand, Jon caught him digging through Beth’s purse for his antibacterial lotion.