Musician talks everything from his new album to ditching beer 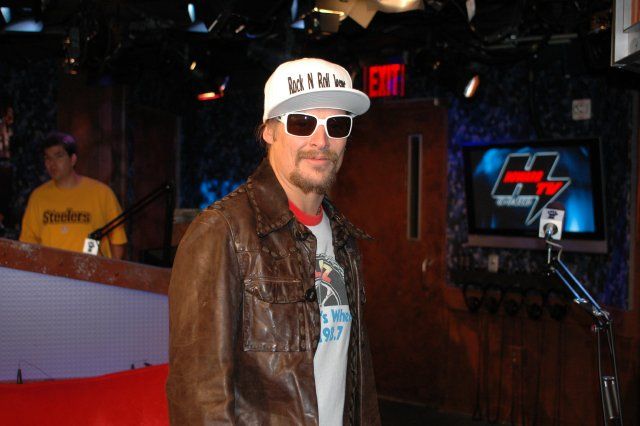 Kid Rock stopped by to promote his new album, “Rock N Roll Jesus,” and Howard noted that Kid has lost his belly. Kid said he’s dropped some weight by switching from beer to vodka, but admitted he had 8 beers at yesterday’s Yankee game because it was on a Sunday. Howard asked Kid if some of the lyrics on his new album were about Pam Anderson, and Kid confessed that he used to be in love.

Howard wondered what was going on between Kid and Tommy Lee, so Kid explained he went to the bathroom at the VMAs and when he came back, Tommy was in his chair. Kid noted that, unlike Tommy, he didn’t go to the VMAs to enjoy the lip-syncing; he was there to promote a record. Kid added that when someone talks bad about you on the school bus everyday, you eventually “knuckle up” with them.