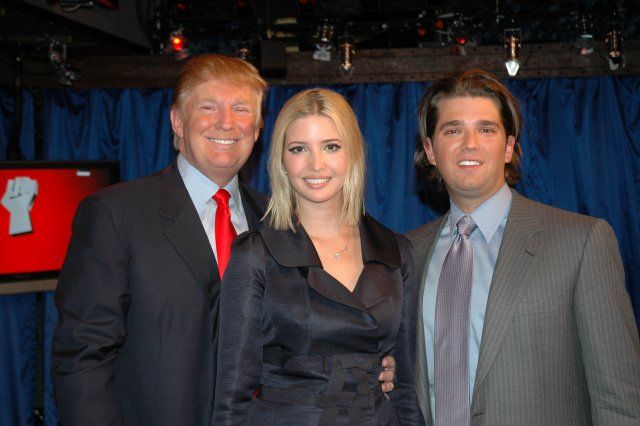 Donald Trump called in to promote his new reality show, “Pageant Place” on MTV, and Howard asked him if he helped care for his new baby. Donald said childcare wasn’t really his thing, so he just pays the bills while Melania spoils the kid. Howard wondered if Donald would rank his kids, but Donald refused, saying he loved all his children; Don Jr., Eric, Baron, Ivanka, and Tiffany. Howard told Donald that, if he wasn’t dating Beth O, he’d make a play for Ivanka. Howard asked what Donald thought about Rosie O’Donnell’s statements about him in her new book, so Donald said he’d be willing to bet that his book sells more than Rosie’s, noting that he felt Rosie was a hypocrite because she attended his wedding to Marla Maples. Howard wondered if Donald and Rosie could ever make up, but Donald didn’t show much interest, saying that even Elizabeth Hasselbeck was more intelligent than Rosie.

Donald claimed his sex life with post-baby Melania was “very good” and denied, despite Howard’s best efforts, that he talks dirty to her in bed. Donald noted that Ivanka was dating a “very rich guy – not as rich as me, but a very rich guy” from a “real estate family.” Howard tried to get Donald to say who he would date if Melania died in a car accident, but Donald said he probably would never date again. Donald told the crew that “Pageant Place” will explore the lives of Miss Universe, Miss USA, Miss Teen USA, and former-Miss USA Tara Conner as they all live together in the same apartment. Howard asked what the girls will be doing together, so Donald answered that they’d be fighting and kissing. Howard asked Donald what he thought of Mark Cuban, and Donald noted that Mark proves that anyone can make money.