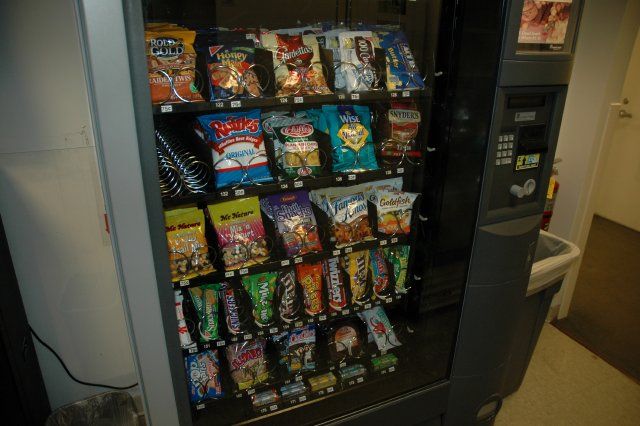 Artie complained that the vending machine was broken, saying he tried all his one dollar bills in the machine (even ironing one beforehand) but the machine wouldn’t take them. Artie said all he wanted was “number 146” (Linden’s Chocolate Chippers), so Gary told Artie he’d run up to the machine upstairs for him and get them there. Howard then made fun of the fact that Artie wouldn’t climb a flight of stairs to get his cookies.