The Bleeding Deacons Visit the Studio

The Bleeding Deacons Visit the Studio

Band performs an a cappella version of a classic song 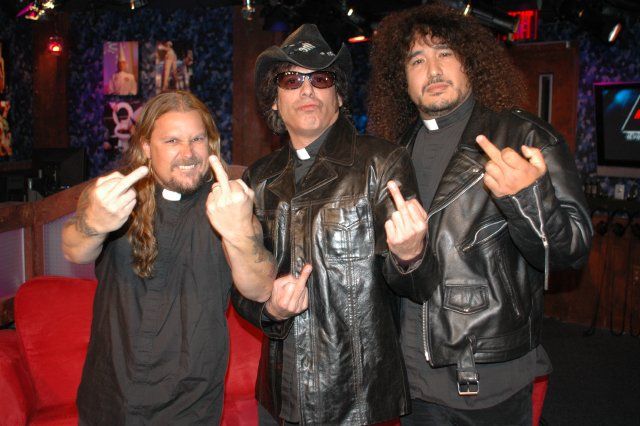 Howard welcomed the Bleeding Deacons to the studio and explained their history with the show, which began earlier this year with their cover of Mark Harris’ “I’m A Gay Papa.”

The Deacons then did an awesome a cappella version of “Black Titties” for Robin and noted that the quick turnaround on their parody songs was made possible by their homes’ close proximity. Howard then played a few of the Deacon’s greatest hits and thanked them for stopping by.