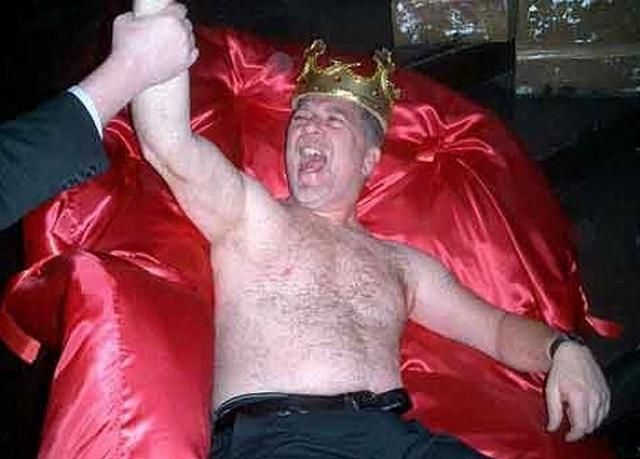 Artie told the crew that Ronnie’s birthday party at Headquarters was “awesome,” noting that the evening got totally out of control. Howard said he heard that Ronnie was throwing cake and nearly got punched out by Ross Zapin. Artie said he got a lap dance from a Brazilian stripper for about 45 minutes, and when he came back, the club had erupted into “chaos.” The guys were all covered in icing and Ronnie was throwing “huge” pieces of cake around. Howard yelled at Ronnie for misbehaving, but Ronnie felt he was just having a good time like everyone else by throwing the cake. Howard said he heard that Ronnie was so drunk at the end of the night, he couldn’t speak, so JD came in to confirm the story. Jason also said Ronnie was out of control. Howard also reported that Tim Sabean sprayed a fire extinguisher everywhere, so Tim came in to explain he was just playing with it and it went off accidentally.