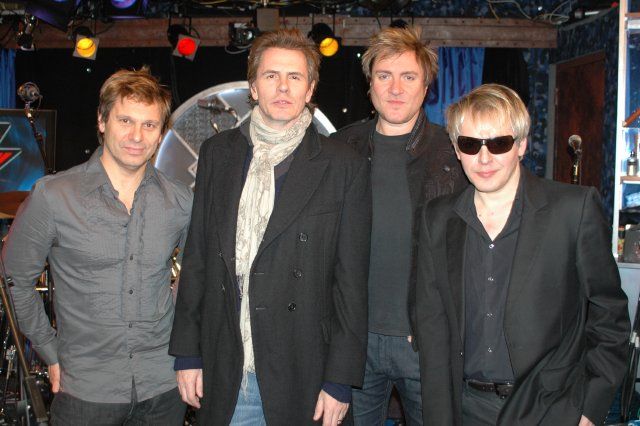 Howard welcomed Duran Duran into the studio and thanked them for returning after nearly 27 years. Howard asked the band if they wanted to sell their new record through an exclusive retailer, like the Spice Girls, Smashing Pumpkins, and Radiohead have done, but the band felt they stood to make more money from touring. Howard asked John Taylor if his wife really created Juicy Couture, and John admitted she was the clothing line’s co-founder. Howard read one of Simon Le Bon’s quotes about Princess Diana stalking the band, but Simon claimed he had been exaggerating. The band then performed “Girls on Film” for the gang, and Howard asked them about the women in their lives; Simon’s wife; the band’s back-up singer, Anne Ross; and Nick Rhodes’ ex-wife. Simon then told Howard that he’s changed his opinion of Bruce Springsteen, saying he now thought it was “undignified” to talk trash about other acts.