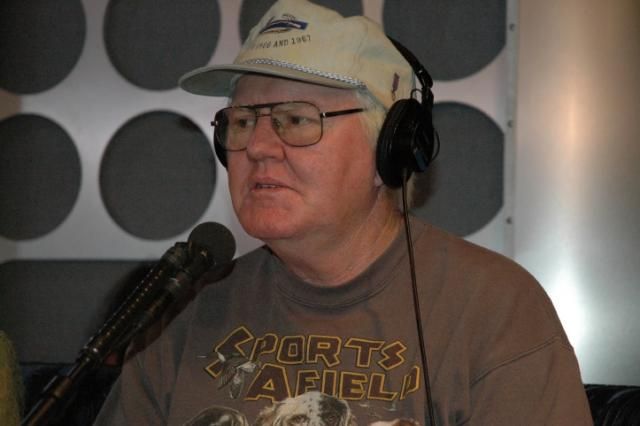 Howard started the show speculating that Richard’s father eats squirrel, so Richard came in to say his father eats it “all the time,” even going so far as to introduce squirrels to his hometown. Richard added that squirrel tasted like rabbit, and it took about one whole squirrel for a single meal; “they’re meatier than they look.” Howard and Artie asked Richard about his dad’s hunting practices, so Richard explained that his dad can spot game from a mile away…even while driving down the road.

Richard said he grew up eating catfish, quail, and raccoons – even a calf he’d kept as a pet. Howard asked Richard if he cried when his calf (named “Calfie”) was butchered, so Richard admitted that he had, adding that it was weird petting your food before you ate it. Richard told the crew that he and his sister would also raise hogs, show them at the county fair, and, at the end of the fair, sell them to butchers. Howard noted Richard’s expanding waistline, so Richard explained he was eating a lot of candy for Halloween, adding that he now loved going to eat at nice places, like Strip House, Citrus, and the Ritz-Carlton. Howard said he heard that Richard’s girlfriend just moved in with him, leading Richard to claim that he’d now probably shower more often. Howard then asked Richard what he was doing for Halloween, but Richard said he’d only be “observing” tonight.