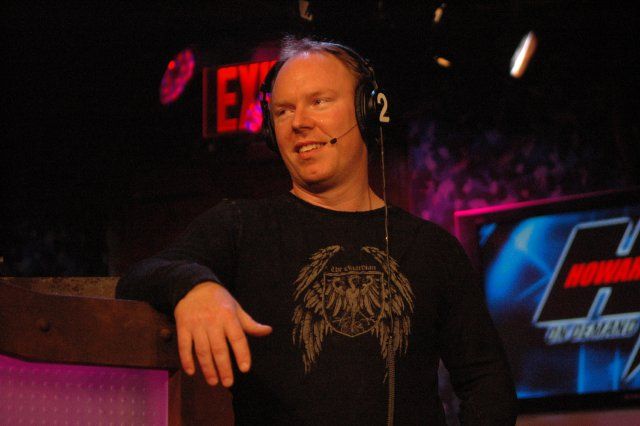 Richard came in to tell the crew that he cried recently after reconnecting with an old friend, whom he hadn’t seen since they went to go see “Interview with a Vampire” together over 10 years ago on November 11th. Now that they’ve reconnected, Richard and his friend are going to spend the evening on November 11th watching DVDs of “Interview with a Vampire” in their respective living rooms and text messaging each other the whole time. Artie told the crew that he was having a hard time believing that Richard hadn’t had gay sex with his “dear friend,” but Richard insisted that their relationship was strictly platonic. Richard explained that they didn’t “break up,” they’d just lost touch when his friend left for a job on a boat in the Virgin Islands. Richard confessed that once he even called all the people in the phonebook who shared his friend’s name.

Artie still thought Richard’s affection for his old friend was gay, and Richard broke down crying and said, “I sound like a fag right now.” Richard thanked Al Gore for inventing the Internet, as it’s how his friend found him. Howard asked Richard if he’d blow his “dear friend” to save his life, but Richard said he wouldn’t, though – if it was a matter of life or death – he might let his friend “kiss around” his own penis.