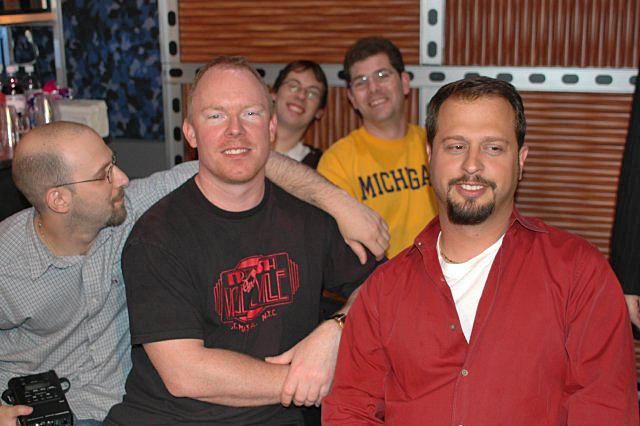 Howard played some clips from last night’s Miserable Men Show of Shuli and Levy trashing Richard, so Richard came in to explain that Bob was pissed at him for asking for more money. Richard added that he was only asking for more money because he was booked to perform at a second comedy show without being asked. Artie said the Killers of Comedy tension was a Catch-22, as Bob needs Sal and Richard for plugs on the show, but he also resents them for only performing short sets. Shuli called in to repeat his complaints about Richard, saying that Richard is always complaining about the hotels Bob books, requesting higher guarantees, or asking promoters to pay for his cell phone’s roaming charges. Artie advised Sal and Richard to split away from the Killers of Comedy and do their own tour of stunts and comedy. Howard remarked that Tim Sabean told him recently that he was afraid the guys on the show were starting to feed on each other.