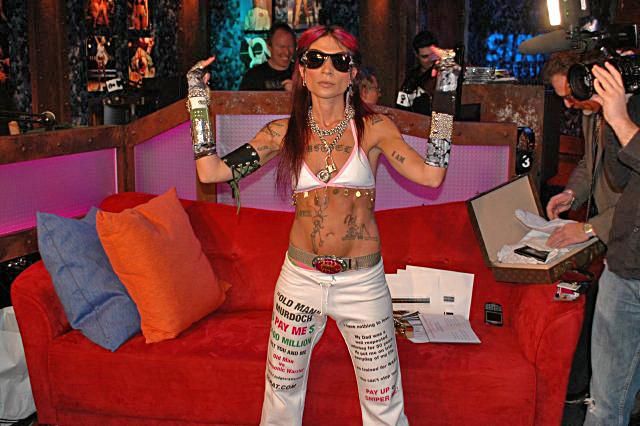 Ivy Supersonic called in to say she was being arrested for vandalizing a nightclub (because she claimed the owner owed her money), so Howard and Gary suggested that she just go to court and behave herself. Ivy offered to give Artie twenty orgasms, and Artie confessed that he might be interested, as “Dana’s record was only 17.” Howard then began harassing Artie as “Grandma Caprio,” saying that “she” wished Artie would’ve married Dana.