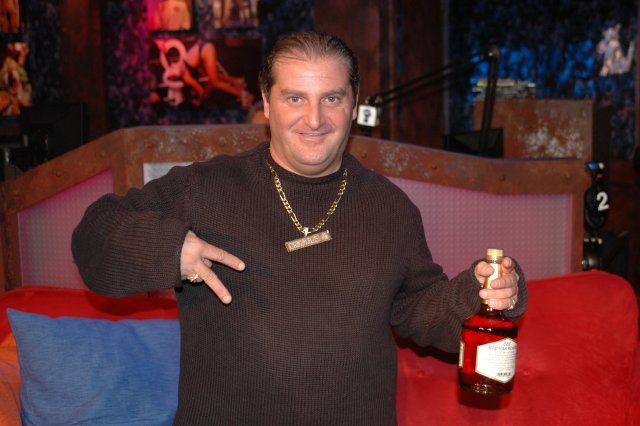 Double A stopped by to discuss his problem with the show, and Howard told Double A that he’d gained a lot of weight. Robin laughed that he looked like an Oompa-Loompa, so Double A admitted that he’d put on a “little” weight. Double A then revealed that he was upset with Howard for not picking up his calls often enough, but Howard explained that he would pick up his calls if he thought he had something good to say, just not every time. Double A asked to become a bigger part of the show, like being allowed to have a weekly segment, but Howard thought Double A should follow his dreams elsewhere. Double A complained that he’s never been featured on SuperFan Roundtable or given a great guest (other than Beth O) for his Wack Pack Roundtable, so Howard told Double A that if he booked a good guest on his own, then his show would get more support.

Irish John called in to say that Double A changed when he recently fell in love with a girl, and only after she burned him has he started to return to his old self. Artie told a story about Double A showing up to a gig with a “smokin’ hot chick,” confessing that he even met the girl he took to Howard’s engagement party through Double A. Benjy then told Double A to bring in the tape of himself having phone sex with Haydn Porter.

Double A said he didn’t want to bring in the tape because he didn’t have Haydn’s permission, but Howard and Benjy countered that she’d already given her permission when she was last on the show. Double A told the crew that he’d play the tape for them off-air, as he didn’t want to “get into that” on air. Howard and Fred then became exasperated and told Double A that they didn’t have time to give him special treatment. Double A claimed he didn’t want to have a fight with an 18 year-old girl, and Artie said he was beginning to believe Double A. Haydn called in to ask if Double A records all his conversations, but Double A said no; when Haydn had called him, his answering machine picked up at the same time he did and recorded the whole conversation. Double A then confessed that he didn’t want to play the tape because another girl was “involved.”