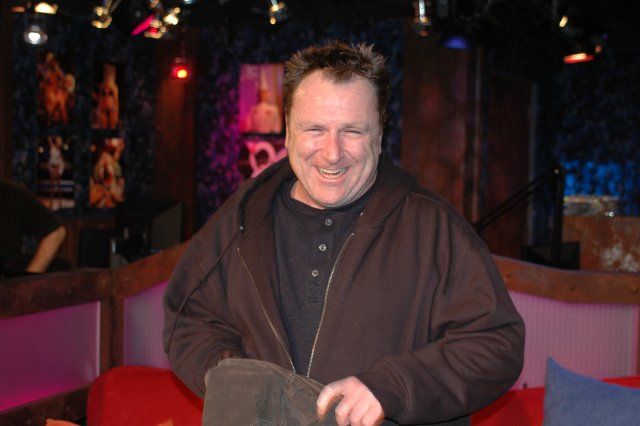 Colin Quinn stopped by to promote his upcoming stand at the Gotham Comedy Club and told Howard that he listens to the show every day. Howard asked Colin what he thought about “The Colbert Report,” which replaced his show, “Tough Crowd,” and Colin said he wished Colbert even more success (and more road gigs for himself). Colin then noted that he wanted to hit Will during his pre-interview because Will didn’t doubt Colin’s claim that he wasn’t getting laid. Colin confessed that his ex-wife just had a baby, and a mutual friend showed him pictures of the kid. Howard asked Colin what went wrong with his career, so Colin claimed he spent too much time writing movies. Robin wondered why Colin had asked Artie to join him at a fat camp, so Colin explained that he saw Artie at the Pat Cooper roast and decided that they could benefit from some mutual support.

Colin told the crew that he was upset when Artie told him that he’d go to fat camp only if Colin set it up, as Colin felt he was a fat lazy comedian too. Colin noted that Artie’s lack of enthusiasm didn’t upset him as much as being obliquely referred to as a “solid B-lister” when Artie told the story on-air. Howard asked Colin what he thought of Robin and Jim Florentine’s budding relationship, so Colin revealed that even he’s seen Jim’s balls.

Howard asked Colin when he last got laid, and Colin reported that it’d been months – so long, in fact, that he goes to therapy twice a week. Howard told Colin that he used to be “rolling,” but Colin denied ever doing well enough to “roll.” Wendy the Retard then called in to have phone sex with Colin, so Howard left them alone. Wendy told Colin she “would bang the ‘f’ out of you” and Colin replied that he’d like to bang her on the set of Hollywierd Squares.