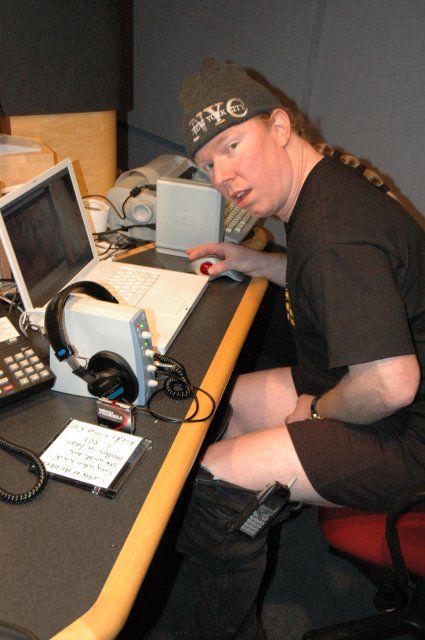 Howard explained that Richard’s “elf service” wasn’t a bit – no one on the show knew about it before he booked the service – and was “kind of creepy.” Robin joked that someone should take Richard’s computer and look through it, and George laughingly agreed, saying Richard was “peculiar.” Ralph called up to say the Richard might be retarded, but Richard didn’t think so; he just thinks the “elf service” would be hilarious. Howard remarked that Sal revealed (yesterday on “The Wrap-Up Show”) that he’d be willing to stick his “pouch” in Richard’s ass. Howard played a clip of Sal’s confession and the resulting argument (both Gary and Jon Hein thought sticking any part of your penis in another man’s ass was definitely gay). Howard then asked Richard if he’d allow Sal to follow through with the stunt, but Richard said “no way.”