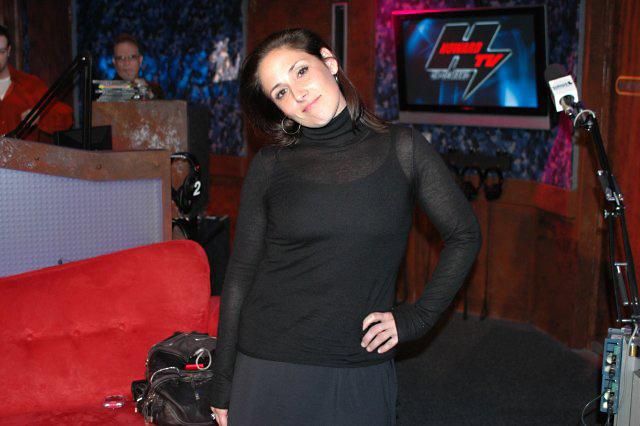 Ricki Lake stopped by to promote her new movie, a documentary about pregnancy and childbirth, and Howard actually laughed at how hot Ricki now was. Artie joked that “she’s as skinny as the other two chicks in the band now,” so everyone admonished him for confusing Ricki with the chick from Wilson Phillips. Howard asked Ricki what she felt about losing another ten pounds, but Ricki didn’t know if she could get that small. Howard insisted Ricki would look even more amazing at 116lbs than 126. Howard asked Ricki about the last time she text messaged John Mayer (who he had heard was her latest “love interest”), so she said “last night,” adding that she’d never been pursued by someone high-profile before. Howard wondered why Ricki hadn’t sent over a review copy of her new film, and Ricki explained that she didn’t want the film to be about her nudity – just pregnancy and the birth process. Howard then told Ricki he was “weirded out” by her choice to have a water birth.

Ricki defended the benefits of water birth and said nudity was only a small portion of the film– and in no way sexual. Howard suggested that Ricki text message John Mayer right then, so Gary brought in Ricki’s bag. Ricki then took out her phone and reluctantly texted John a message: “Howard Stern’s raping me.” Artie suggested that Ricki text something racist, so the show can out John as a racist when he texts his agreement.

Howard dictated some more text messages for Ricki to send to John: “I want to have your baby”; “If you don’t f’ me, I’m sleeping with Dave Matthews – it’s the same thing to me”; and more. Ricki deflected, telling Robin that she looked great. Robin thanked Ricki, and Howard tried another tack, asking her if she really bought another woman’s breast milk to feed her newborn.